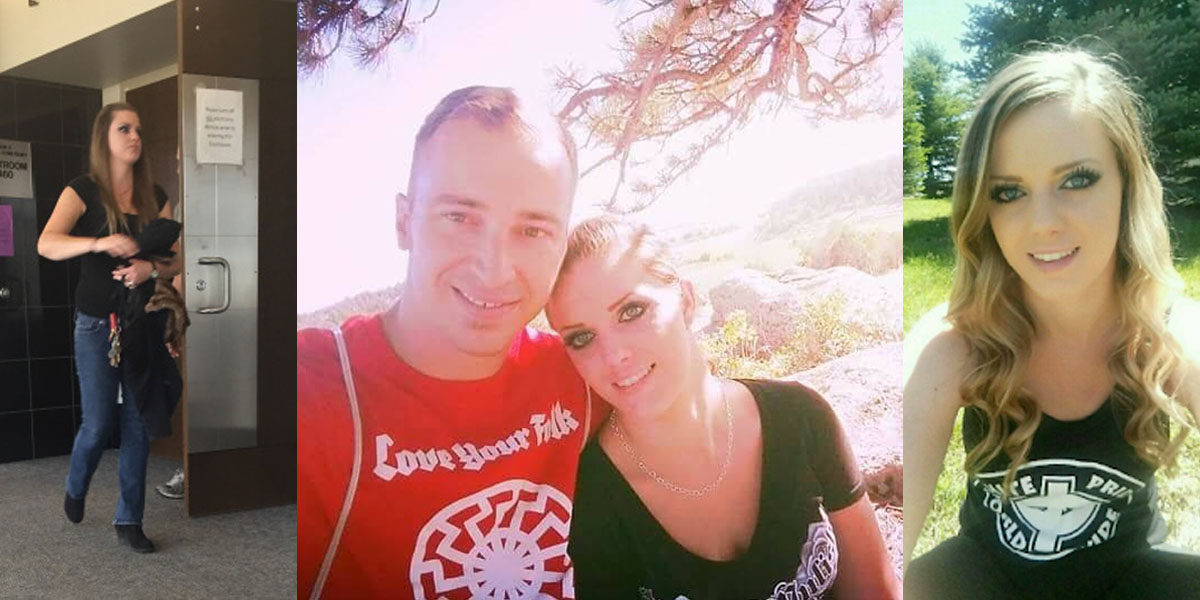 In the aftermath of the horrific events at Charlottesville, many news outlets were quick to point out the role women have played in the white supremacist movement, and how the surge of white nationalism being experienced today is not strictly a male phenomenon. One of the women actively supporting white nationalism in Colorado Springs is Justina Thatcher.

Thatcher is the girlfriend/romantic interest of William Scott Planer, who was arrested in July for his role in vandalizing a Jewish Community Center. Planer had also served as the lead organizer in Colorado for Matthew Heimbach’s Traditionalist Worker Party (TWP) here in Colorado. The TWP supports the creation of white ethno-states and believes LGBTQ+ people and interracial couples should be sent to “reeducation camps.” Before coming to Colorado Planer had a long affiliation with the Hanmerskins and the Golden State Skinheads, participating in a violent rally in Sacramento in 2016. 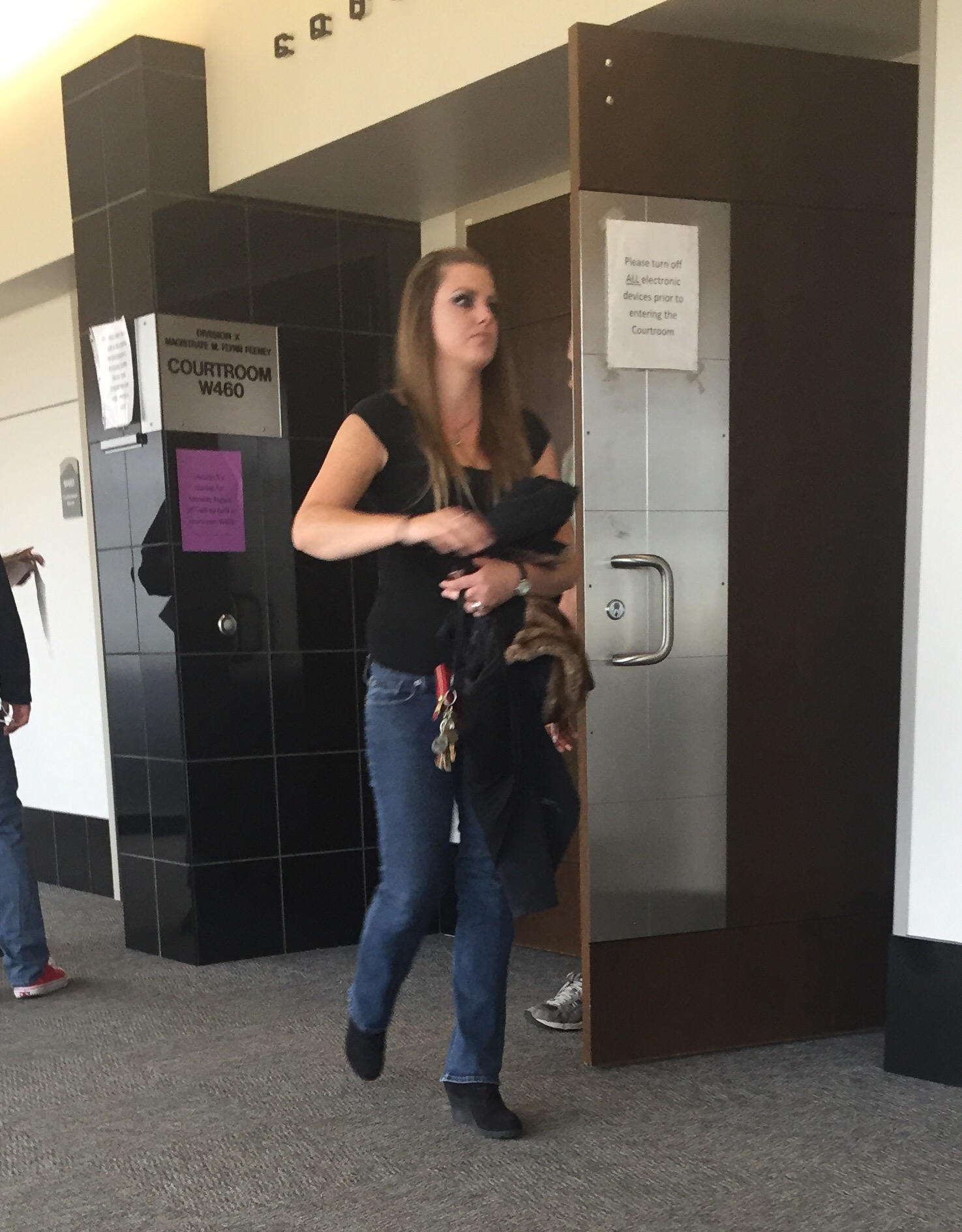 Throughout Planer’s career as a white nationalist activist and organizer, Thatcher has stood by him. Even after his hate-crime arrest for vandalism, Thatcher continues to support him. She was recently seen at Planer’s extradition hearing at the El Paso County Courthouse in Colorado Springs.

While there, Thatcher also met with the current TWP lead organizer, Joshua Yeakel. Like Planer and Yeakel, Thatcher is a white supremacist and a Nazi. Since Planer’s arrest another synagogue was vandalized and an entire neighborhood was defaced with racist graffiti. We’re not big gamblers here, but we bet Thatcher knows the folks responsible. We’d also bet she knows the identity of the other person who was recorded committing vandalism as well. 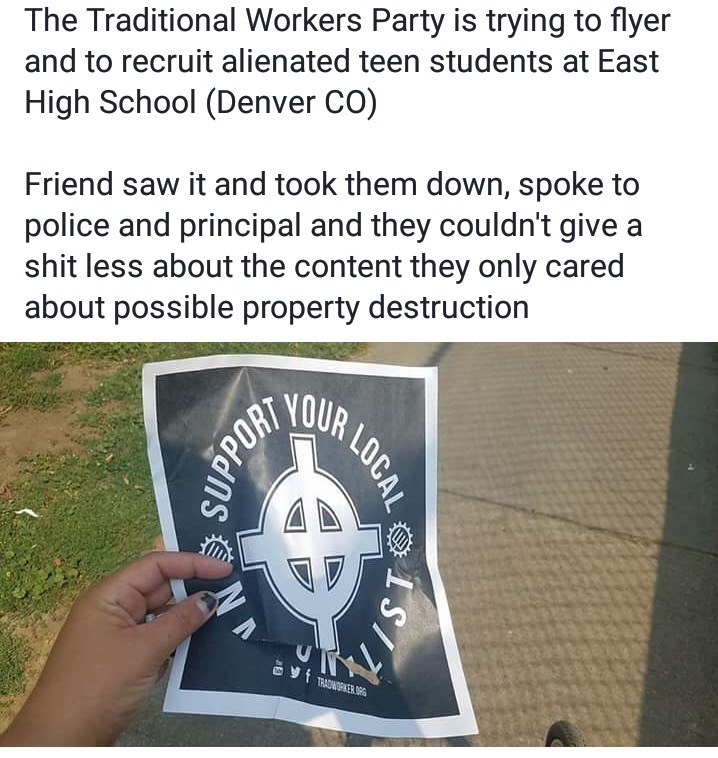 This week flyers for the TWP appeared near East High School in Denver. Flyers bearing the “white genocide” dog whistle, “You Will Not Replace Us,” appeared in downtown Colorado Springs. Despite what can only be described as routs in Charlottesville, Boston, and Berkeley in the last month, the Nazis in Colorado and across the nation continue their attempts to recruit and organize. Their support networks, which largely consist of “tradlife” women devoted to the cause, must be shut down. A Nazi is a Nazi, regardless of gender.