Michael Dean Drewer is a 61 year old man from Loveland, Colorado was seen driving with “OPEN OUR GYMS FAGGOT” written on the back of his truck to support a Reopen Colorado protest directed at Colorado’s (gay) governor Jared Polis.

Additional information about Michael Drewer can be found here. 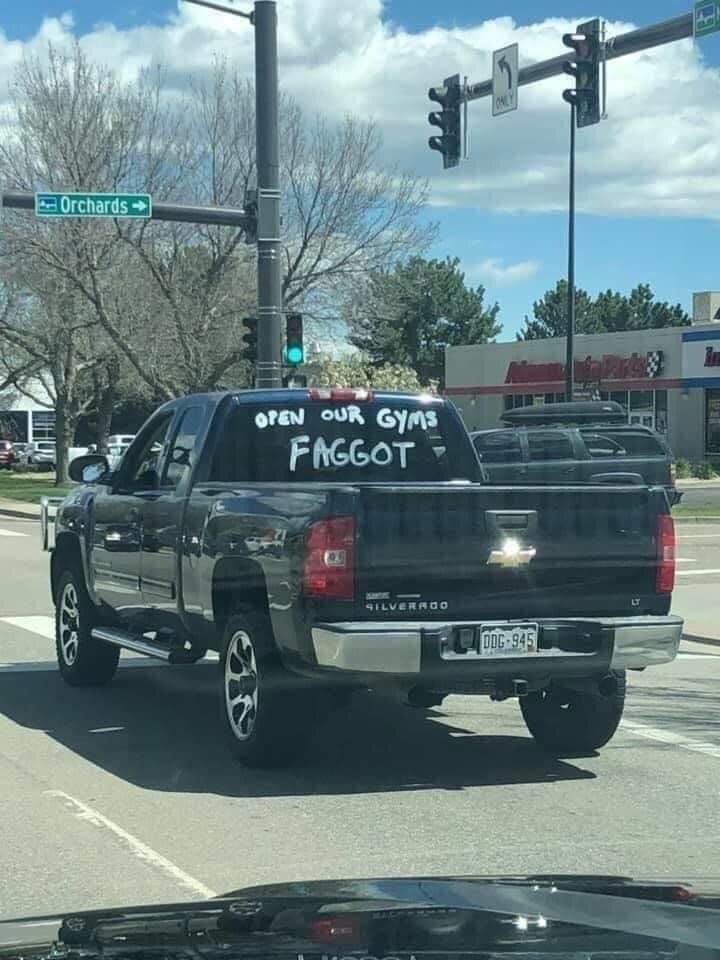 Michael Drewer’s car was seen on Garfield and Orchards in Loveland with a homophobic slur directed at Colorado Governor Jared Polis on Sunday, 5/17/2020, the same day as Reopen Colorado protest at the state capitol.

To be clear, we really don’t like Jared Polis, but it’s because he’s a multimillionaire neoliberal hack who supports ICE, is fumbling the COVID-19 response, and does the bidding of his big fossil fuel donors, not because he’s gay.

Michael is no stranger to bigotry. Here he is in a Confederate flag tee shirt. He apparently doesn’t see any irony in supporting both sides of a war against the United States on the basis of slavery. 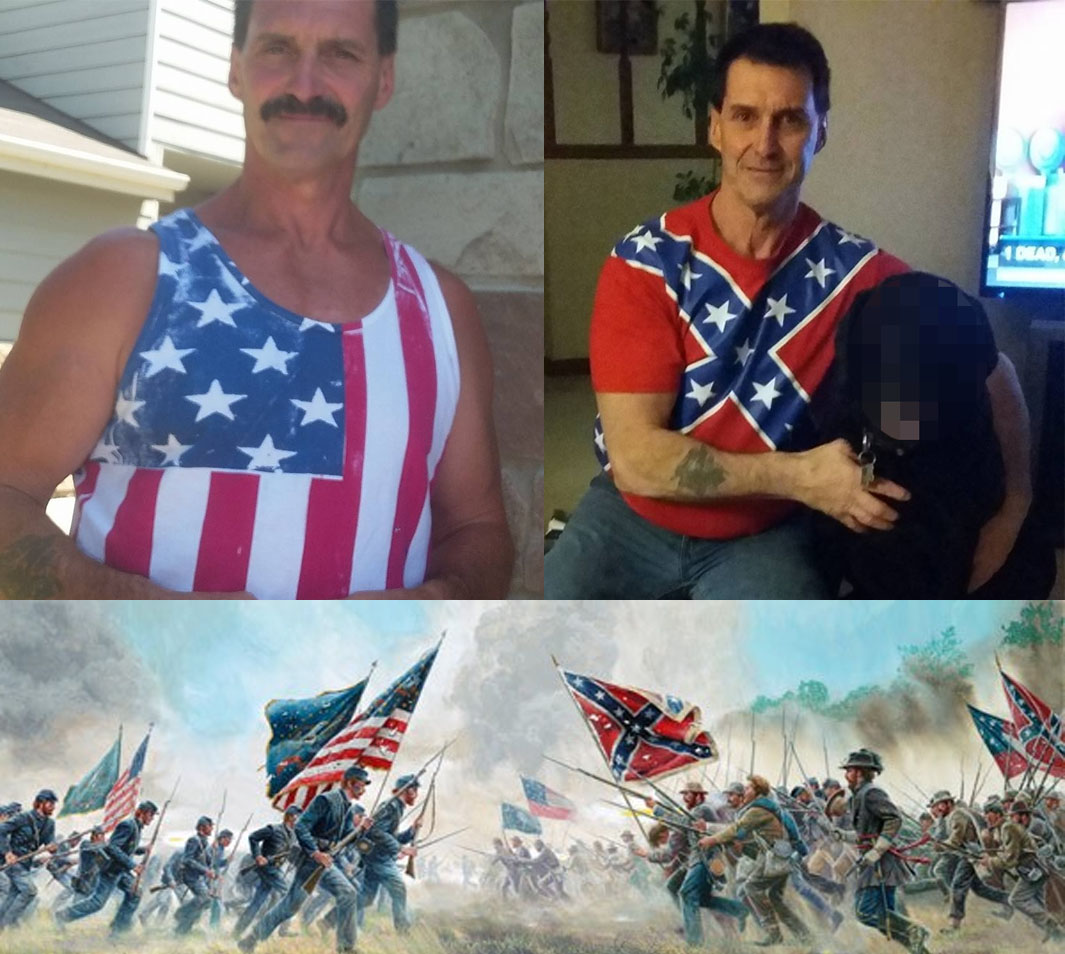 It will come as no surprise that Michael likes a bunch of chud shit on Facebook.

Not much else to say about Michael. He’s a boring and bigoted man living a sad life, whose only joy seems to come from skipping leg day, calling gay people slurs, and spreading viruses. 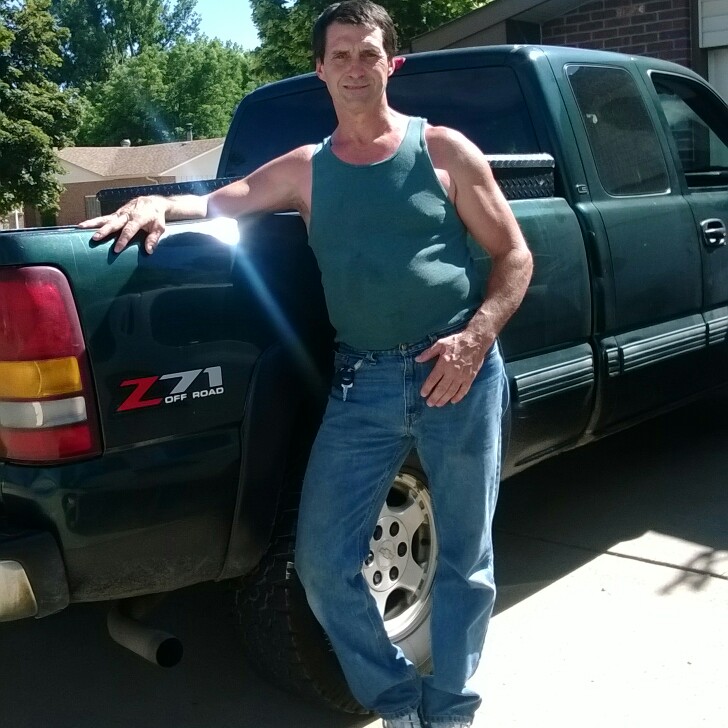 We don’t support the state, but we do support science and medicine. Stay inside (if you can), wear a mask, be gay, and do crimes.