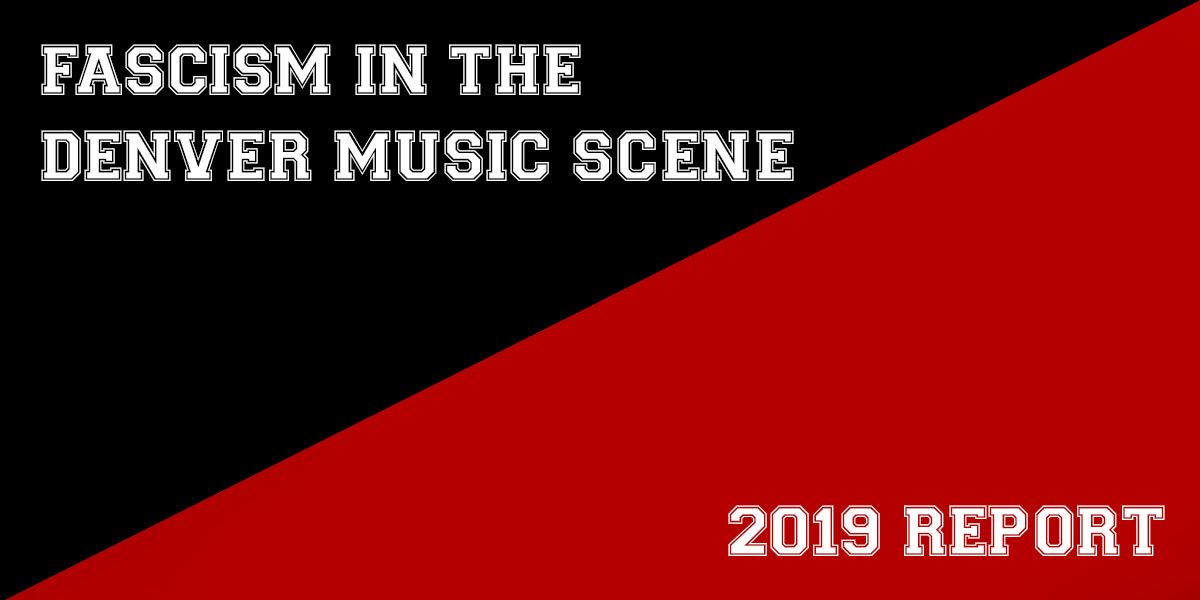 This is a 2019 year-end report on the state of the Denver music scene as fascism creeps across the globe. The music scene in general is part of the battlefield in a propaganda war being pushed by white supremacists.

The current situation with a white supremacist in the White House, economic uncertainty, and a lack of communication between elements of the music scene has resulted in a situation white supremacist bands have been able to exploit. Inexperienced and/or desperate club owners, inexperienced and/or lazy talent buyers, and naïve ideas about private business’ duties to host hate speech in the guise of free speech, have created gaps in procedures that should be in place to keep the music scene inclusive for all types of humans, regardless of race, religion, disability status, national origin, sexual orientation, gender identity, and other factors that people have been discriminated against for. Having Nazis at shows excludes people. No one is under any obligation to “include” Nazis like they are a traditionally disenfranchised group- they have made the poor choice to be Nazis, and that should not confer privileges.  No one has a “right” to performance space in private businesses.  Businesses are required by law to be accessible to all the types of humans Nazis would like to see eliminated from the planet.  Businesses should be given support for this, not for enabling Nazis.  A diverse music scene is a strong music scene.  Larger venues book touring bands that are profitable.  Smaller venues need to keep an eye on who they have in there, not just the profit motive, because it can have a lasting impact on the community in which they are situated.
END_OF_DOCUMENT_TOKEN_TO_BE_REPLACED