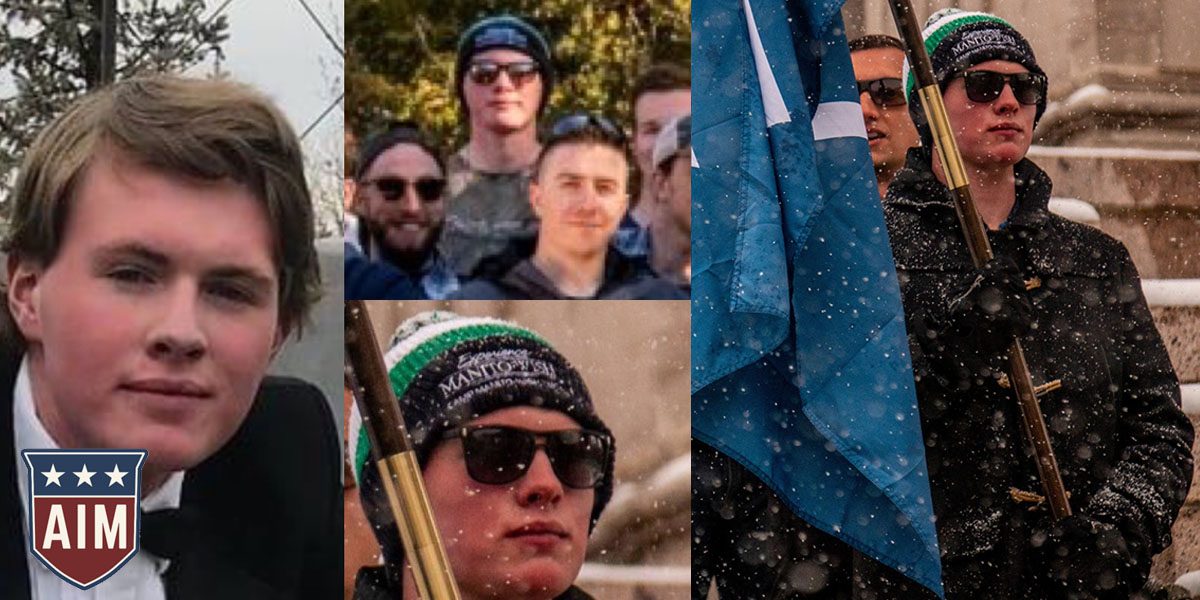 If you’ve ever listened to Identity Evropa’s podcast (which we don’t recommend) you very quickly get the impression that Identity Evropa is a very image-conscious organization. Their national president, Patrick Casey, is quick to denounce “extremists” and brag about how Identity Evropa is full of “well-adjusted” people. It’s a great place for people who want to do racism without the usual trappings of the far-right. That was really the whole point of the group from the start. Nathan D’Amigo, the dishonorably discharged former Marine who will be remembered, if at all, for robbing a cab driver and punching a woman, thought up the group as a way to milk money out of wealthy racists who were leery of clowns like Matt Heimbach of TWP or Jeff Schoep of NSM. Casey, and his podcast, seem to be continuing that business model.

Like everything relating to right-wing politics, it all comes down to capitalist greed. At the end of the day, these prominent white supremacist groups, from Joey Gibson‘s Patriot Prayer to the failed Traditionalist Worker’s Party, are Ponzi schemes preying on the gullibility and prejudice of mediocre white guys. They invent a fake problem, usually “white genocide,” or some other nonsense, offer them a solution wrapped up in patriotism and nationalism and a lot of talk of taking back our country, and make them pay monthly dues for it. Those dues go on to pay their leaders’ salaries, as they make a living doing racism. Patrick Casey is literally a paid protester, y’all. Those funds invariably go to paying their leaders’ legal expenses, because no matter which dog whistles they use or however many pairs of white polo shirts and khaki pants they choose to cloak themselves in, they’re still the same rabid extremists once you scratch their “well-adjusted” veneer.

The recent doxxing of Identity Evropa member Heather Collins by Unite the Right survivor and pro Nazi-doxxer Emily Gorcenski, and the leaks of their super-racist discord chats that Heather took part in show that “identitarian” is really just “racist” with extra steps. Like Collins, our own doxx of Caleb Kohl shows when Casey says “well-adjusted” he really means “weirdly obsessed with race, Jewish conspiracy theories, and the reproductive faculties of white women.”

Casey’s focus on daylight activism and showing faces during their rallies has been a way to distance themselves from the people he calls “LARPers” and it is successful as long as a level of anonymity is maintained. As long as all we see are smiling white dudes with patriotic banners he is able to maintain the illusion, but once we put names to faces and see their chat logs, their youtube likes, or their facebook posts, that illusion is gone. Casey goes to great pains to ensure his members that what they are doing is safe. He constantly says “No one gets doxxed doing activism.” He’s doing the same thing Matt Heimbach and Richard Spencer did. He’s lying to y’all, all the way to the bank. Would you like to meet someone who got doxxed from doing activism? Just wait!

These dudes love posting bullshit. It’s an effective strategy. One person with some wheatpaste and laser printer can cover a wide area, and it can make it seem like your organization is HUGE. We’ve been doing the same thing for a while now. Identity Evropa has taken this leftist organizing strategy, and fueled by the dues-money collected from the brave identitarians intent on protecting the white race, turned it into a national strategy. Their social media accounts, the few they have left, are an homage to their vandalism skills.

Identity Evropa has been going ham on their postings on the Southeast side of town. Generally, Identity Evropa’s adherents stick to legal activism. They broke the law in Greeley when they posted there, but they’ve taken things to a whole new level in the Deerfield Hills neighborhood of Colorado Springs, which is no stranger to racist bullshit.

They have been spray painting over our stickers with teal paint, like some kind of gang-style turf war. They’re really going out of their way to show their presence, to give the appearance of numbers and organization, but it is important to remember it is all a show. Remember Cory, the red-pilled blob fish? He does appear in A LOT of IE posts. Actually, when you start analyzing their posts, the same faces keep appearing.

It’s almost as if they are recycling the same banner and the same people to stage photo ops in different locations to give the appearance of national support. The banner was originally seen at their Civic Center Park rally back in November.

These boys sure love their flags. The guy in the front row seemed really familiar to a friend of ours at Front Range Community College. The cool thing about not being a fucking Nazi is that you can actually talk to neighbors and community members, and once you establish some healthy relationships you can actually set up a vast, state-wide network to share information. That is how Liam James Stevens of Broomfield, Colorado was doxxed doing activism.

Liam’s social media is just as “well-adjusted” as that of Heather Collins and Caleb Kohl.

The Brother Nathanael like is interesting, as it illustrates the growing connection between far-right groups like Identity Evropa and, of all things, the Russian Orthodox Church. Orthodox religions, which are often seen as the “most conservative” of conservative institutions seem to attract fashy types. Proud Boy Luke Purswell also has ties to Orthodox religion.

Like Kohl, the real fun begins when you check out Liam’s youtube account. Youtube has been criticized, rightly, for allowing white supremacists to use the platform to proselytize children (Liam is not old enough to purchase alcohol).

Also, this video, which features the IE logo at the bottom right, is a weirdly obsessive video about a Cosplayer. Liam posted it on his Reddit account. As much as we love roasting Nazis even we are at a loss about what to say about this. It clearly speaks to someone being well-adjusted.

Liam has since deleted this video, but it looked like this: 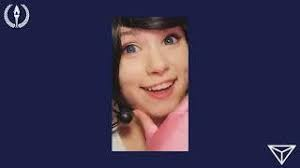 He appears to be weirdly obsessed with this YouTuber, in a way that is reminiscent of a lot of incel discourse. 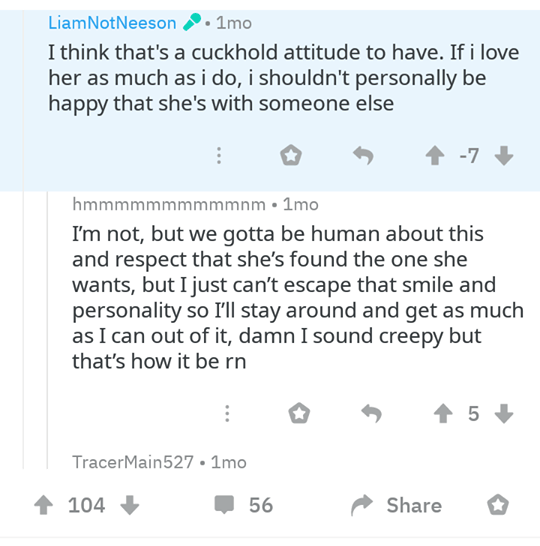 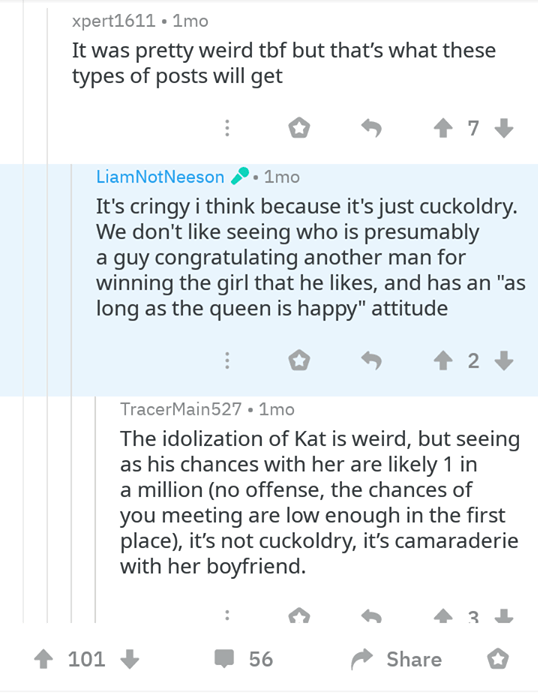 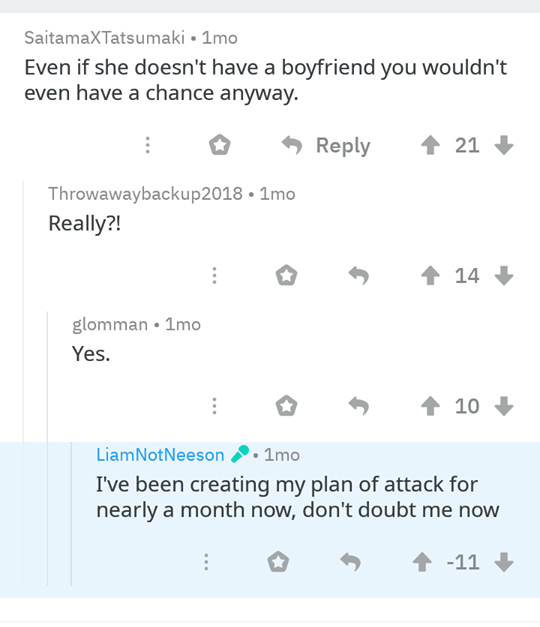 Liam is currently a student at Front Range Community College, where, were I a betting man, I’d say he is responsible for the influx of Identity Evropa garbage on their campus. The Dean of Student Affairs is Kyla Antony and she can be reached at (970) 204-8362 Kyla.Antony@frontrange.edu

Y’all realize you’re just paying dues to get doxxed, right? Casey’s empty promises are the same ones Heimbach and Spencer and all the other shills have been passing off for years. Identity Evropa’s cause is as misguided and doomed as every other “identitarian” cause since Sherman torched Atlanta. You Fascists are Bound to Lose.

All the teal paint and stickers and posters and staged photo ops in the world aren’t going to stop demographic change. It’s like fighting entropy. Your vision of the world is completely at odds with all empirical evidence. Fucking Tennessee just made it illegal to discriminate against trans people, and if that isn’t a sign of the times I don’t know what is. We will replace you, and your activism is simply the tantrums of men who have only recently begun to realize their irrelevance. 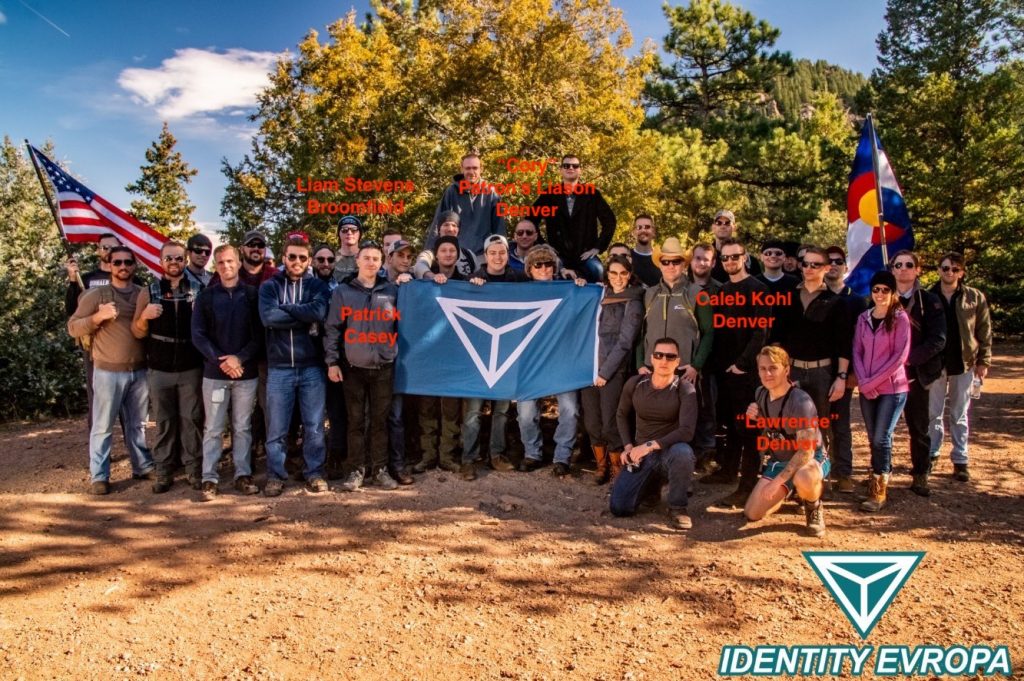