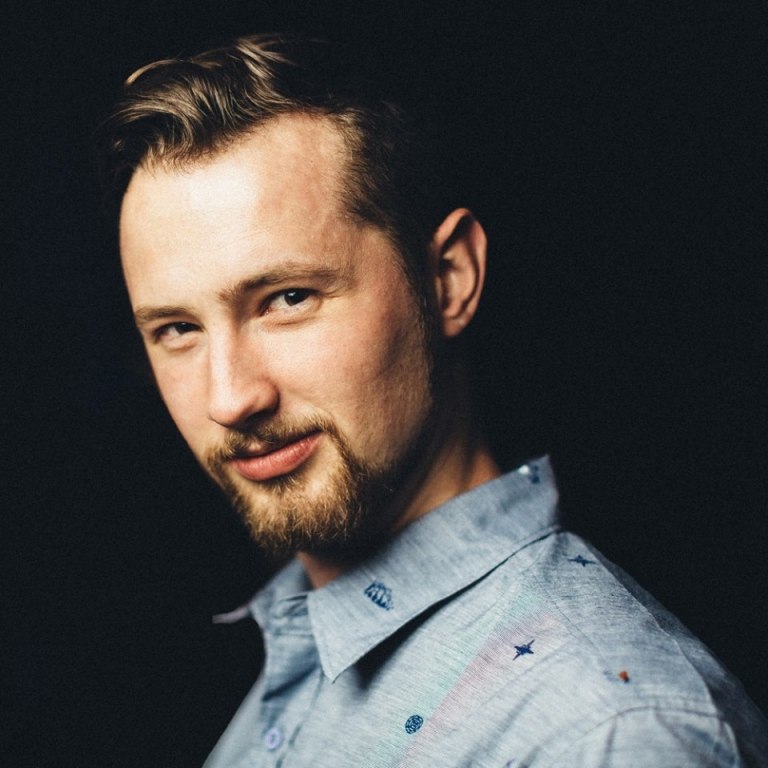 UPDATE 2/10/2019 Caleb’s little brother, Timothy Kohl (“Wilhelm” on Discord), is also a member of Identity Evropa and a student at Cedarville University in Ohio.

The most active and visible white supremacist group here in Colorado this year has been Identity Evropa. Their stickers and posters have appeared across the Front Range, in Colleges and Universities like UC-Boulder and UCCS here in Colorado Springs. They’ve done pop-up demonstrations, like the one last month at Civic Center Park in Denver.

Identity Evropa has been designated as a hate group by the SPLC and the ADL. They were founded by former Marine and felon Nathan D’Amigo, who is famous for punching a woman at Berkeley. Identity Evropa was present at the Unite the Right Rally in Charlottesville in 2017. They marched with James Alex Fields, who drove his Dodge Challenger into a crowd of anti-fascists, injuring many and killing Heather Heyer. He is currently rotting in Jail, finishing week 1 of his 419 year sentence.

You can call them what you want, and “Nazis” is as good of a semantic title as any. Identity Evropa prefers the term “identitarian,” and they are by far the most palatable of the modern white supremacist groups. Often decried as “optic cucks” by more explicitly Nazi organizations like the now-defunct Traditional Workers Party, they are very concerned about their aesthetic. They eschew the armbands and jackboots in favor of suits, ties, and lapel pins. Instead of the usual swastika their logo is the “dragon’s eye,” a weird take on the Mercedes symbol.

Identity Evropa tries to bill itself as a kind of whites-only fraternity, a group united by “European Heritage.” They lean heavily on the “white people are victims” narrative, and much of the group’s podcast, Identitarian Action, focuses on “demographic replacement.” Casey tries to defend his group as simply looking out for the future of the white race, and he frequently casts white people as the victims of forced diversity. He name-drops Hegel, avoids slurs, and often refers to minorities as “not all bad people.” By all accounts he’s working really hard to make Identity Evropa the “nice Nazis.”

Except his rhetoric is just thinly veiled “white genocide” theories, the underlying assumptions of which are firmly grounded in antisemitism, white supremacy, misogyny, and good ol’ fashioned American racism.

Throughout the podcast, Casey works hard to emphasize how important anonymity is in Identity Evropa, and he ensures prospective members tuning in that his group will work hard to protect the identities of their members, due to fears of “left-wing terrorism” (LOL). However, Casey’s concerns probably have more to do with the fact that once you scratch the surface of their organization and look at their members, it becomes very obvious they the only difference between Identity Evropa and boot-stomping, sieg-heiling, violence-committing skinheads like William Scott Planer is their A E S T H E T I C.

He is introduced at 1:07 and speaks throughout the podcast about “the power of video.” You can compare his distinctive midwestern accent (Caleb is originally from Ohio) to the voicemail on his business phone. If audio analysis isn’t your thing, you can also see him in the Identity Evropa propaganda photos they took at Eldorado Canyon State Park.

Caleb definitely fits the mold of the nice-guy Nazi. His Facebook and Instagram accounts seem pretty nice. He likes Legos and takes playful photos in a kigu. He seems to work closely with a faith-based non-profit, Cross Purpose, a group which prominently features photos of people of color on their social media. I mean, he definitely doesn’t seem like the kind of guy who would carry torches through the University of Virginia campus shouting “Jews will not replace us!” or viciously attack a bunch of protesters.

But if you dig around Caleb’s Facebook, some cracks start to show. 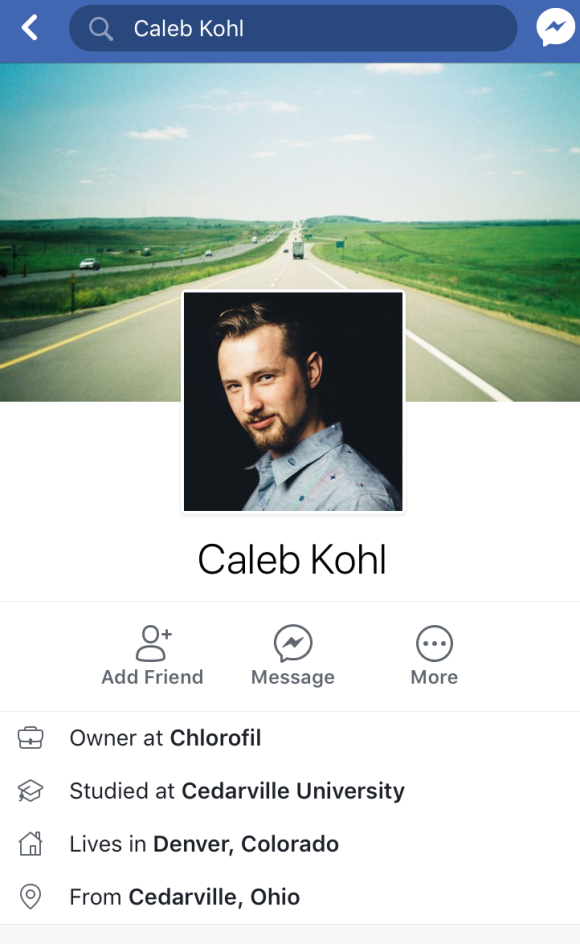 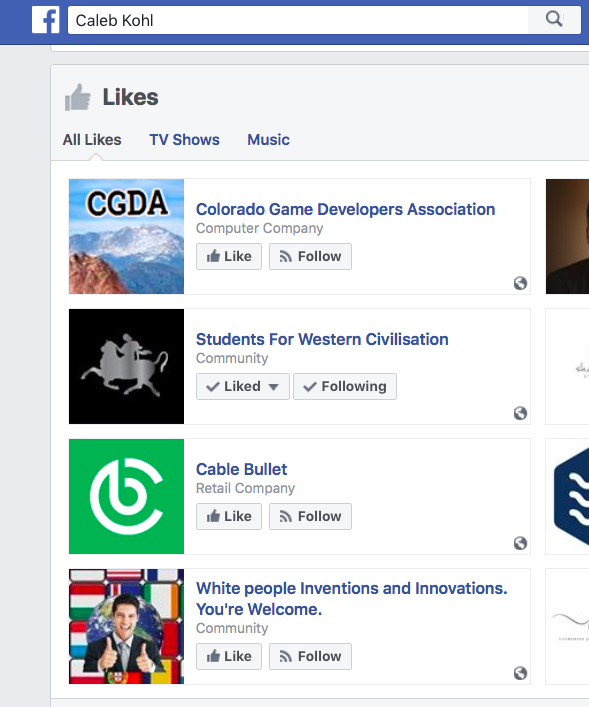 He likes Students for Western Civilization, which seems to be the Canadian equivalent of Identity Evropa, and a racist meme page called “White people Inventions and Innovations. You’re Welcome.” It is exactly what you would think it is.

That’s some pretty edgy stuff, right? But not terrible. We’ve definitely seen worse. It gets a little more interesting when you check out Caleb’s Twitter.

Caleb also has a Soundcloud account! And he uses this music-sharing platform to… do Nazi shit of course. He is a big fan of a user named Vanguard, whose name is probably a reference to Vanguard America, which is now Patriot Front. He makes tedious electronic music that sounds like the soundtrack to “Double Dragons.”

In addition to being a Nazi, Caleb runs his own wedding videography business called Chlorofil, where he makes wedding videos for people that look exactly like the shitty Identity Evropa propaganda videos he makes.

12/16/2018 UPDATE: This moral coward doesn’t have the courage to stand by his shitty convictions. He deleted his Twitter accounts and YouTube playlists, but check out these archived links:

So that’s Caleb Kohl, owner of Caleb Kohl Chlorofil Videography and a Denver area Nazi. We’ll continue our work on identifying and outing members of Identity Evropa and other fascist groups. You stay classy, Colorado.