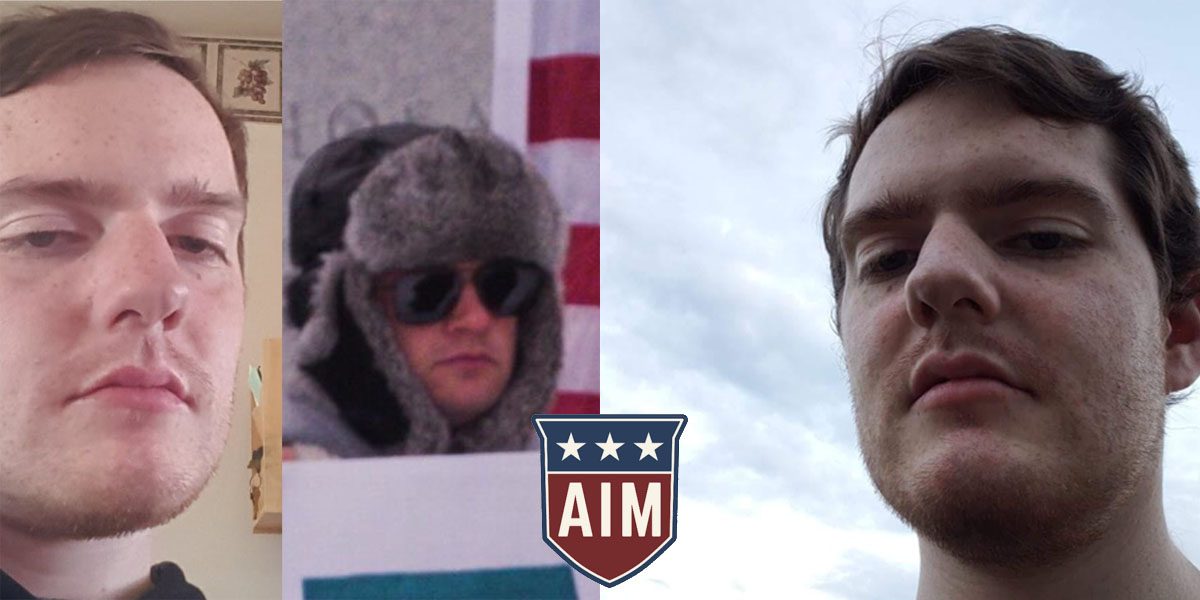 Last month, Patrick Casey and a bunch of other dudes from surrounding states, came to Salt Lake City to hang their xenophobic banner and take some glamour shots before fleeing back under their respective rocks. Just like they did in Denver. And Cheyenne. We get it. You’re racist. Their schtick is so played-out that people at the Block U on the University of Utah, where Identity Evropa member and goat enthusiast Manny Antonacci works, actually gave them some pushback after they unfurled their banner. Not sure how kindly they will feel about employees inviting fucking Nazis to come wave flags and banners. Casey says this event was scheduled after outrage over Manny’s stickers and flyers was expressed by the university. They are vindictive little shits.

Aaron is still a member of Identity Evropa (who know calls themselves American Identity Movement), but thinks their idea of a peaceful crusade to a white American ethnostate is not feasible, and now supports violent revolution. 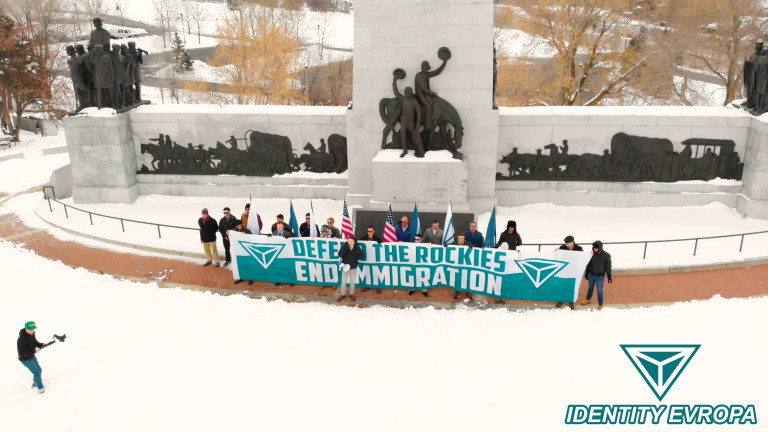 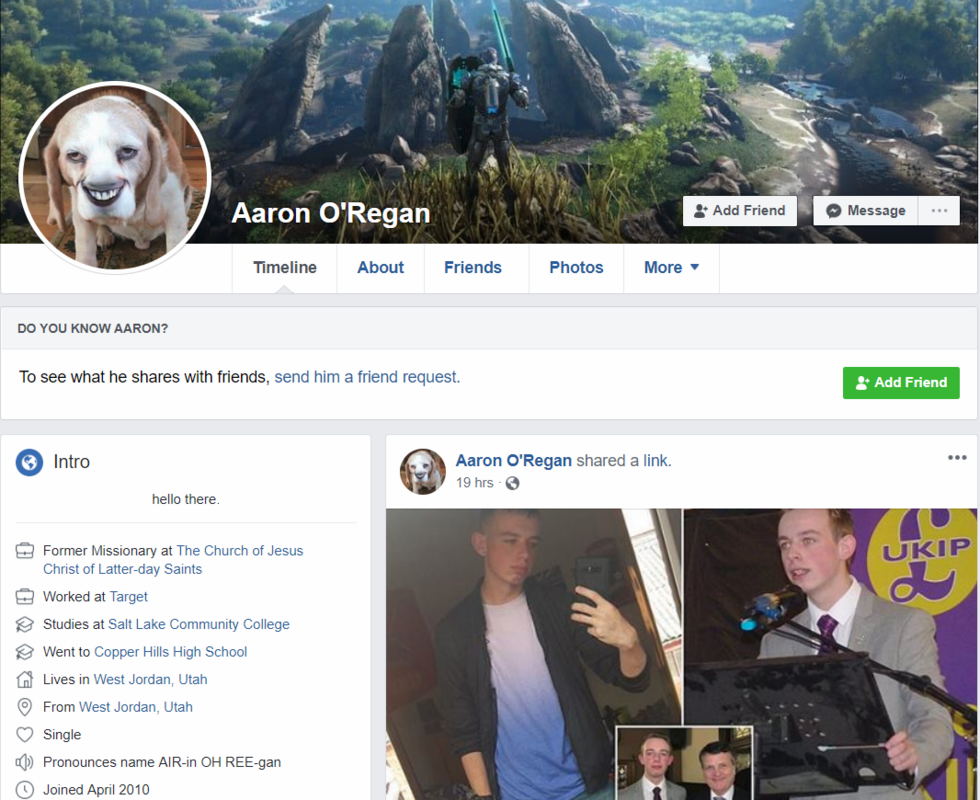 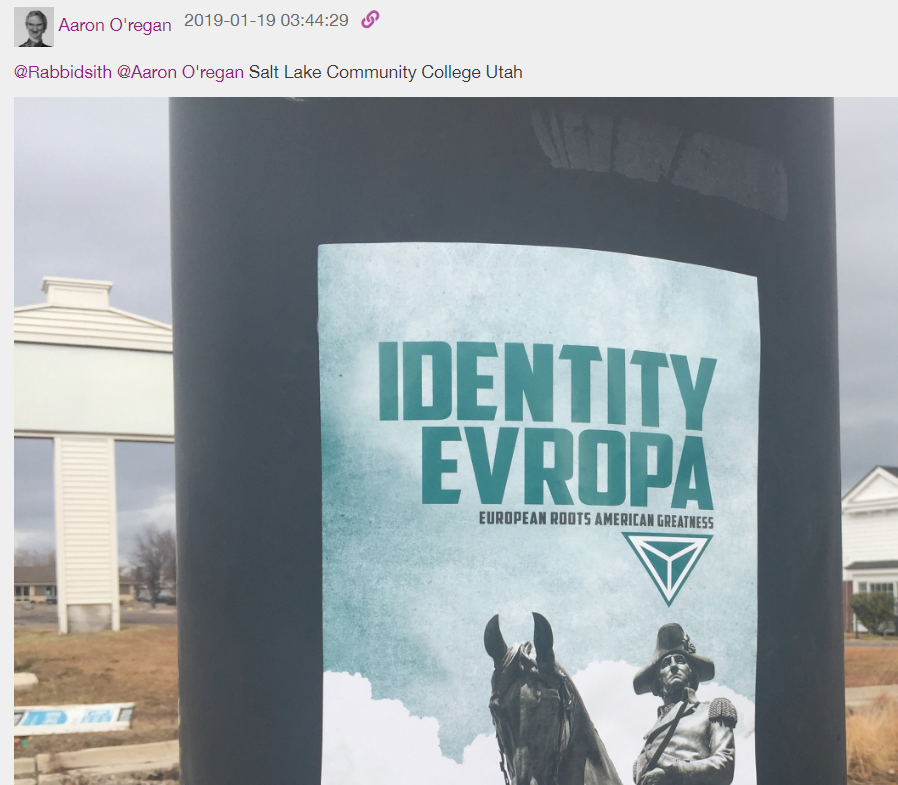 He is also a Gamer. 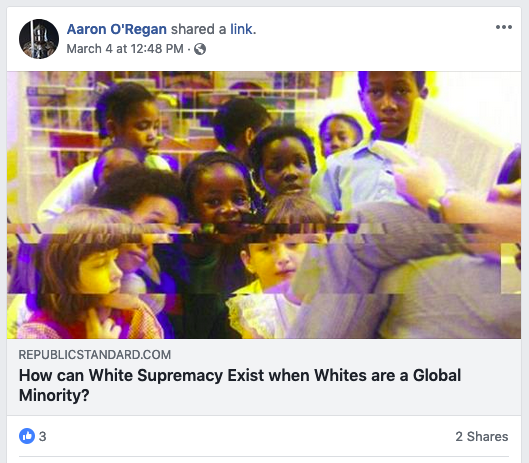