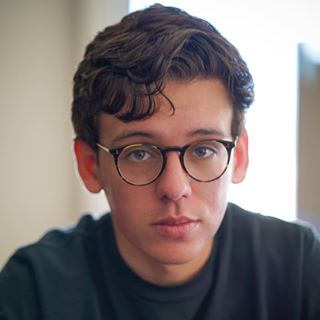 Connor Burgess is a 19 year old man who lives with his parents in Boulder City, Nevada, and is a member of the white supremacist hate group Identity Evropa (also known as American Identity Movement or AmIM).

Connor posted on the now leaked Anticom and Identity Evropa Discord chats as ChippedStones, where he complained about his father pushing him into wrestling from a young age.

Connor spent a significant amount of his youth wrestling, and according to his LinkedIn, has spent a year at the College of Southern Nevada while working at McDonalds.

In April 2017, Connor indicated that he thought poorly of Identity Evropa, asking his fellow fascists in Anticom “Identity Europa is a Meme right?” Connor’s buddies told him that Identity Evropa was good, and that their then leader, Nathan Damigo, beat up an anti-fascist, which got him very excited. See the archive link for the full chat.

Connor has spent a lot of time on the Anticom and IE discords posting racist, homophobic, and antisemitic content. Here are a few examples:

The extent of Connor’s activism has been posting memes, going outside literally once, and recruiting one gamer to IE.

Connor was also the Nevada chapter leader of the now-defunct Vanguard of Liberty, a nationalist group whose largest presence is a deserted subreddit and a twitter account with 200 followers.

Connor Burgess lives with his parents in Boulder City, Nevada, where he is registered to vote in Nevada as non-partisan, while both his parents are Republicans (note that the address here is incorrect, the street address should be 532 Katie).

Connor uses the handle @brailseed on Twitter and Instagram. Unlike literally every other fascist we’ve outted, he doesn’t follow The Golden One, but he does follow, and is followed by, fellow Nevada Identity Evropa zoomer Kenneth Cruey.

Another day,  another white supremacist exposed.

Even if you’re some dipshit gamer that hardly contributes anything to your white supremacist org, we’ll find you and out you so just quit while you’re ahead.