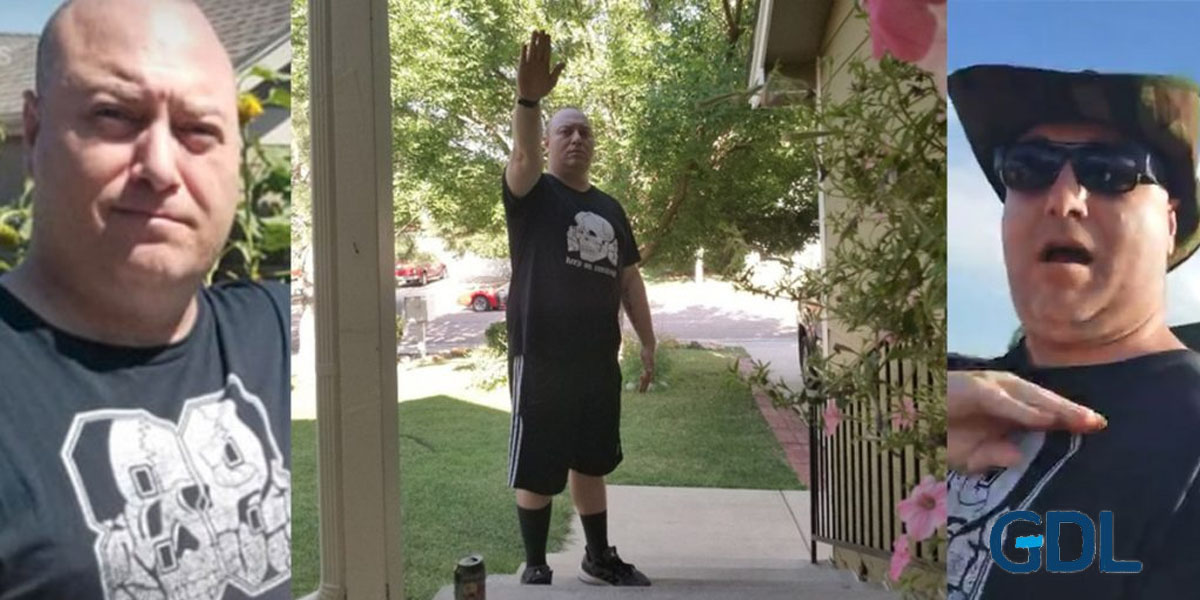 Steven Andreas Hildebran is a 36 year old Neo-Nazi and amateur rapper who lives with his parents in Colorado Springs. Steven allegedly works at Lee Hing Food Services as a Warehouse Driver.

Additional information about Steven has been published here.

Steve Hildebran has been harassing the queer community in Denver for the past 6 months by posting up outside of drag events and calling all of the attendees pedophiles. These actions have been coordinated by an unholy alliance of members of the now defunct Nazi gang the Traditionalist Workers Party (Joshua Yeakal, Russell Frankland) Colorado Proud Boys (Louis Huey), and Anonymous Denver.

When Steve is not harassing queer people or making a mockery of the yellow vest movement, he is sharing Nazi memes from his parents’ house. 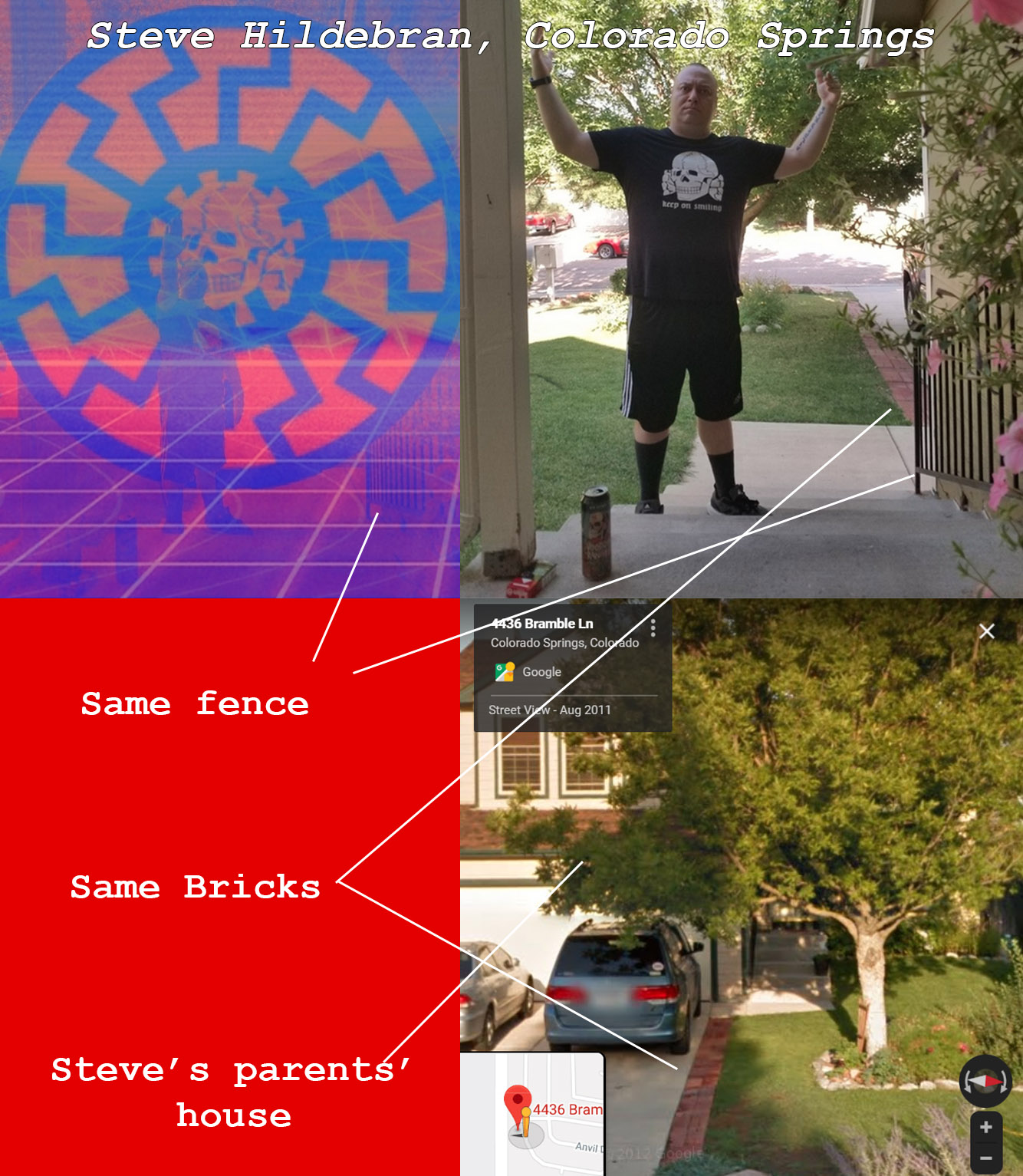 Steve recently started using the handle “ConquistadorAmerican” on various social media platforms, which made it dead easy to identify all his bullshit.

Steve is also into some really kooky conspiracy shit. Here he is protesting the (((Jews))) hiding the fact the earth is flat with his Yellow Vest comrades.

If Steve couldn’t get any cringier, it turns out he’s a rapper, and a really bad one, at that.

Here’s a song Steve made about burning down Mile High Comics, the venue many of the drag events are being held at.

Mile High Comics get burnt down quick with mo’ gasoline […]

Cuz if cops were moral as me
Every f*g would be hangin’ from a tree
With you drag queens just a match and a little bit of gasoline
Light ’em up, burn ’em up, flame on
Till that girly man is gone
on a final vacation, in a permanent cremation

Not concerning at all is that Steve has military training, according to his mother.

Steve Hildebran’s repeated threats of violence against specific queer spaces and members of the Denver queer community is extremely concerning. Steve is an unapologetic neo-Nazi who infiltrates queer spaces, films people without their consent, falsely accuses of them of abhorrent crimes such as pedophilia, and then fantasizes about burning them alive in his mother’s basement. Steve Hildebran should absolutely be considered an immediate danger to any and all of us, but especially those in the Denver metro queer community.

Steven allegedly works at Lee Hing Food Services as a Warehouse Driver but this information is unconfirmed.

719-596-5135
If you have any tips, please send us an email securely at cospringsantifa@protonmail.com

We criticized Steve for living with his parents. We were criticized for this as it reinforces harmful societal beliefs that to be a “successful” adult in America, one has to live on their own. These beliefs are often toxically masculine, classist, and ableist, as living alone is increasingly difficult in a rigged economy, and not viable for many people who are differently abled. We must look out for each other. Throwing people under the bus for a cheap dig at a fascist is not helpful in the long run as it reinforces harmful societal beliefs.

We have removed some of the pointed rhetoric, but still think it’s worth pointing out, as we are berated everyday with criticisms that anti-fascists “never leave our parent’s basements”. 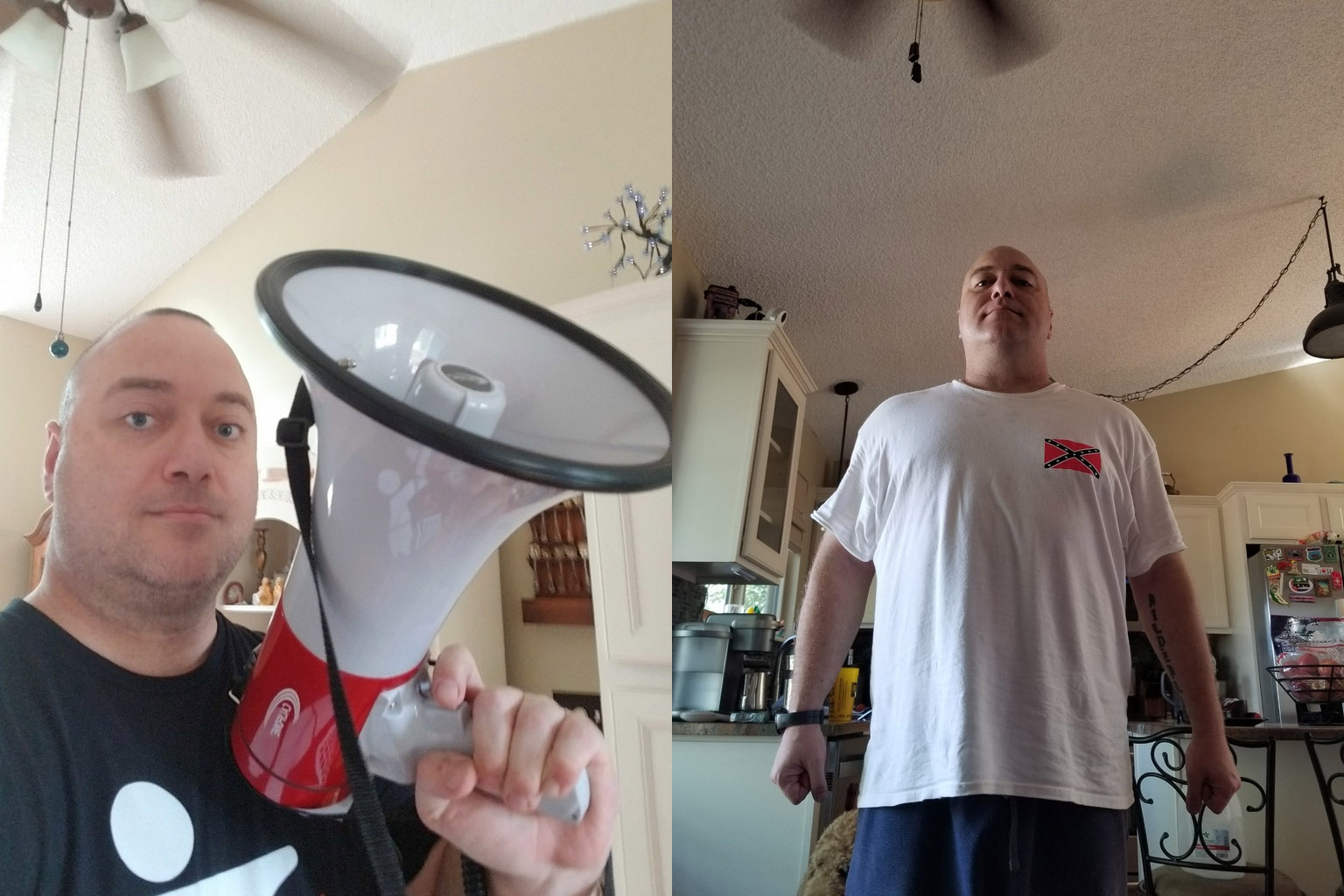