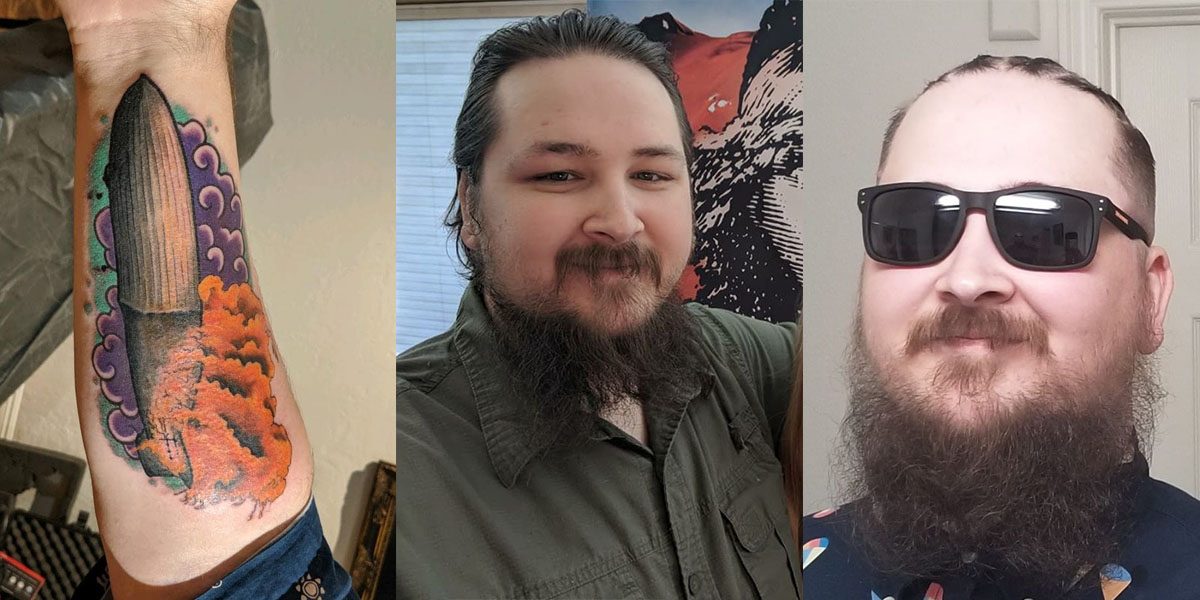 We have identified “Iron Lion,” Iron March user #14627, as Kevin Michael Brownfield of Phoenix, Arizona. Kevin didn’t stay long at Iron March, but he did leave behind some personal information that was useful in identifying him. He gave us his location – Arizona; and he said he was “a writer currently working on a blog as well as writing for a local Christian magazine.” His IP addresses confirm that he was located in the Phoenix/Tempe area. In his introductory post, he also claimed to have “skills in doxxing,” which he used to identify anti-fascists through his (now-suspended) “twitter page.” You’d think his doxxing experience would have taught him why it’s not a good idea to use an email address with your real name in it to register for an account at a fascist forum. (Spoiler: it didn’t.)

The email address Iron Lion used to sign up for his Iron March account was kevinbrownfield at gmail. We did a Google search for “Kevin Brownfield” in Arizona, and found exactly one, located in Phoenix. And sure enough, the guy in Phoenix appears to be using the same Gmail address as the guy from Iron March. 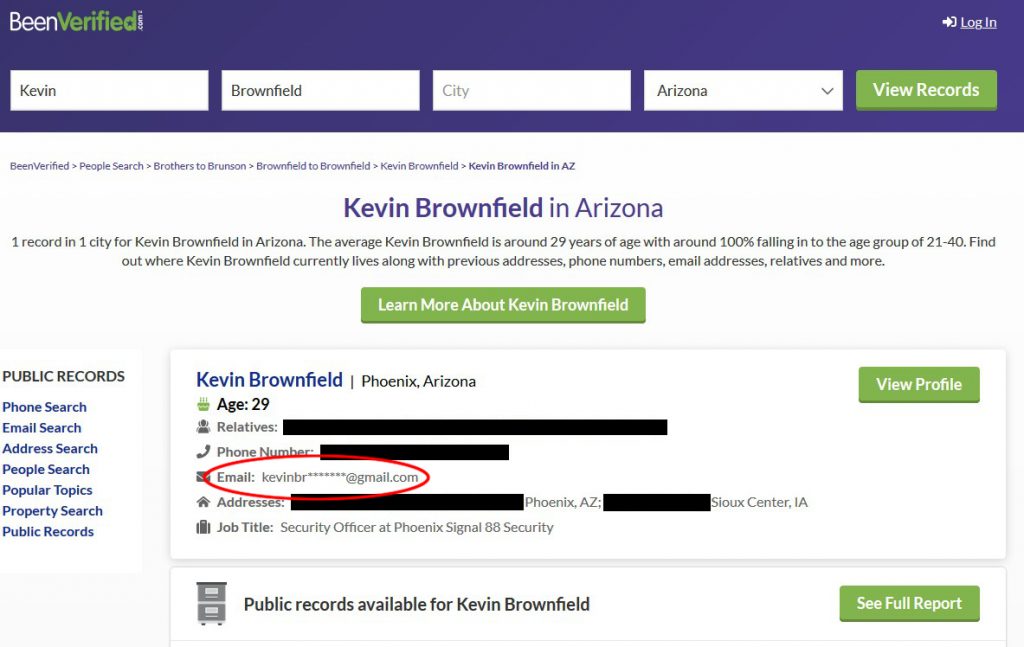 So that was pretty easy. We also found his Linkedin account (Archive), which gave us the name of the blog he used to write for (Elite Cosplay) and the Christian magazine he used to write for (Autumn). It gave us a lot of other information as well, including the fact that he’s a student, and he has worked as a security guard for several private companies and a hotel chain. It didn’t tell us much about his opinions on ethnicity, religion, culture, politics, etc., but of course that’s what the Iron March account was for.

Among the highlights: “I’m not so much a white supremacist as I am a white nationalist. I believe every country should have their own culture and the mixing of all cultures is wrong.” When another Iron March user astutely points out that “white” is “not a nationality” Kevin cribs his (somewhat garbled) response from Wikipedia, explaining white nationalism as “the believe[sic] that white people are a race and seeks to develop and maintain a white national identity.” So he’s not a white supremacist; he just thinks that American national identity is inherently white, and that a “white nation” shouldn’t mix its culture with other cultures. Got it. Incidentally, we found a digital copy of Autumn magazine in which Kevin wrote an article about the history of Christmas. At the time that issue was published, this was Autumn’s masthead: 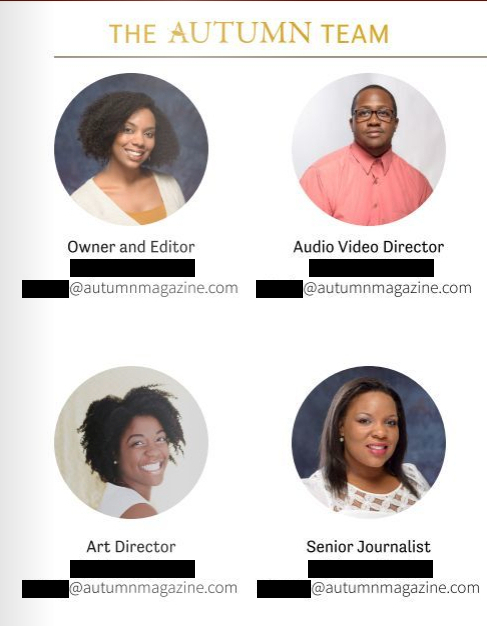 It seems likely that Kevin omitted to tell his colleagues at the magazine about his white nationalist ideology.

Not all of Kevin’s views require convoluted explanations. In his Iron March introduction, for example, he tell us, “I’m very anti-Muslim.” So that’s pretty clear. How anti-Muslim is he?

“After posting on Facebook about Islam my mother messaged me telling me that people don’t want to talk to her about me etc. My sister, who is redpilled on most other shit, refuses to even talk about Islam to me.”

“I’m also very anti-antifa, and would love to see communists lined up and shot.”

He has a bit more trouble explaining his opinion of Jews. To be fair, he’s hampered by the fact that he’s unable to distinguish between Jews, Zionism, and Jewish Israelis. When asked for his thoughts on Jews, he replies, “On Jews, I don’t like Israel. I believe Christians are the chosen people spoken of in the Bible, not the Zionists in Israel who are liars and thieves.” Another user protests, “That’s very vague. What don’t you like about Israel, and what do you think of Jews who aren’t Zionist Israelis?” The question puzzles Kevin, who starts his answer with “I thought I gave my reasoning for not liking Israel.” He then elaborates, “They’ve stolen the Christian title of God’s chosen people and they abuse it to keep Christian countries like the United States bending over backwards for them. They’ve stolen our Uranium, they’ve killed our sailors, and they caused the degeneracy of the Wiemar republic.” Note to Kevin: the Weimar Republic ended in 1933. Jews existed prior to that time, but “Israel” did not, which gives it an iron-clad alibi for anything having to do with the Weimar Republic.

We learn from Kevin’s Linkedin that he’s a student at Arizona State University. A post from his Facebook account (Archive) tells us that he expects to graduate in 2020 with a degree in Anthropology, and hints that he’s hoping to get a job in field archaeology. Since we don’t have any archaeologists on our research team, we’ll leave it to anthropologists to consider the ramifications of having a white nationalist working on indigenous archaeological sites.

ASU also provides “Social Media Training & Guidelines” for students: “Part of your educational experience is to seek to understand people different than yourself and to have respect and empathy for them as fellow human beings. This need for respect and empathy extends to the way we communicate, especially on social media.”

Kevin communicates a lot on social media. His Medium account displays his full name, making it easy to find, but the URL for the account also gives us another one of his screen names: Zerosuitsnake. 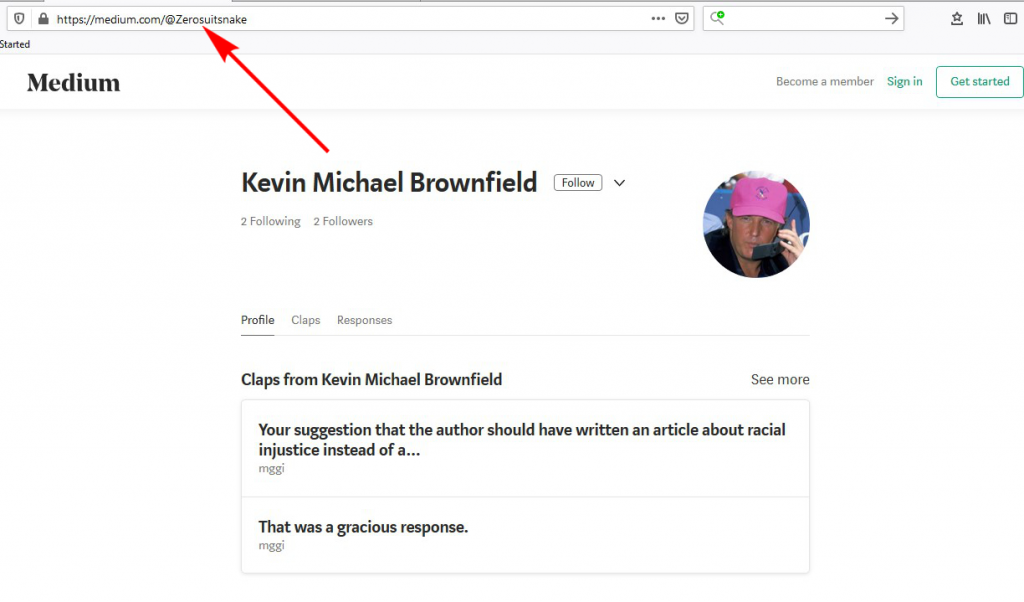 This in turn led us to his Twitter handle, @ZSSGaming. He used the ZSSGaming handle on Reddit as well, where he had a bad habit of posting straight-up neo-Nazi stuff like this. 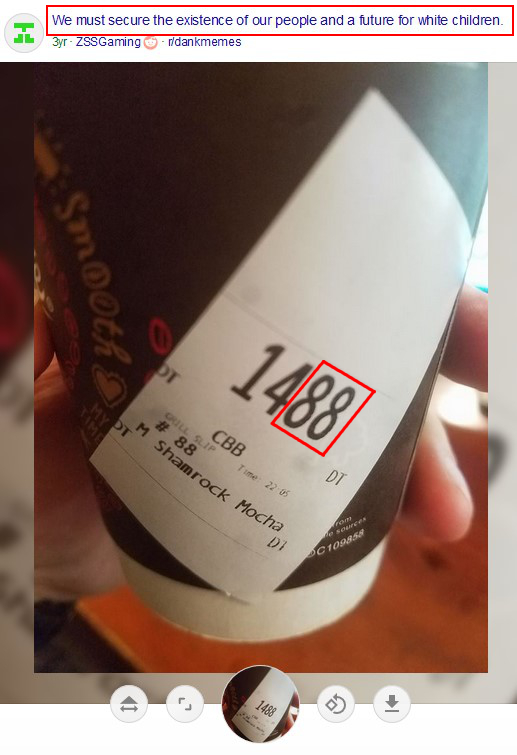 Note that we’re not using the word “Nazi” metaphorically here: the number 88 is used among white supremacists to represent the letters HH, meaning “Heil Hitler.” The number 14 represents the “fourteen words” written by white supremacist David Lane and taken as a motto by neo-Nazis. If you’re unfamiliar with the fourteen-word slogan, it’s the same fourteen words Kevin typed when he posted the above photo to r/dankmemes three years ago (see red box).

and he thinks girls are dumb.

Kevin has made an effort to hide some of his online activity by deleting his Reddit account – where he was, of course, a user at r/the_Donald – and deleting at least one thread on an Arizona survivalist board.

What could he have said on a survivalist forum that he wouldn’t want anyone else to see? The thread got deleted, so I guess we’ll never know. One of the replies to the delete request might offer a clue, though.

Although if Kevin is worried about people thinking he’s a fascist, it’s maybe not a good idea to like the “Oswald’s Super Fashion Club” page on Facebook. That really could lead people to believe he has fascist inclinations, especially after he was so disdainful of people on Iron March who “claim to be fascist while not knowing who Oswald Mosley is.”

Kevin is also a gun owner.

All of this is made even more disturbing by the fact that Kevin Brownfield works in the security field. He has previously worked as an armed security officer, and says he is currently employed as a “site supervisor” for Noble Knights Security of Phoenix, Arizona. Kevin Brownfield’s statements on Iron March and on his various social media accounts should disqualify him from employment as a security officer, where he is a direct threat to people he encounters while doing his job.

We also have some documents Kevin wrote during his doxxing days on Twitter, wherein he says it’s a good idea to publish research on someone’s family members if the “target” is “extra stubborn.” Unlike Kevin, we don’t publish research on innocent family members. However, we don’t expect he’ll have any objection to our publishing this information about him. After all, as he said in the same document, “If there is a release on you, you deserve it.” Thanks for your understanding, Kevin.

Kevin’s employer, Noble Knights Security , can be contacted at: info@nobleknightssecurity.com and 602-339-6274.

The Prescott Valley Chamber of Commerce, of which Noble Knights Security is a member, can be contacted at: gloria@pvchamber.org and 928- 772-8857.

You can contact the Arizona State University Dean of Students here and let them know that : deanofstudents@asu.edu.