Alex Chase Mahr of Fountain, CO is an anti-Semitic & white supremacist YouTuber who live streamed himself counter-protesting and heckling a number of Black Lives Matter/George Floyd protests in Colorado Springs and Denver. Alex works as a Thin-Film Technician at Saes Getters in Colorado Springs. Alex regularly broadcasts far-right content under the alias “Radical Moderate” on a number of platforms including YouTube, BitChute, and Facebook.
Additional information about Alex Chase Mahr can be found here.

Say hello to Alex Chase Mahr, seen below livestreaming himself counter-protesting a Colorado Springs Black Lives Matter/George Floyd protest while a crowd tells him to leave.

Alex is very proud to have drawn the ire of Colorado residents fighting against racist & violent policing and has spent considerable amount of time on his YouTube channel, Radical Moderate, combing over his footage.

Alex has since tried to anonymize his social media presence but it was too little, too late.

Alex is a registered voter with the Republican Party, and according to his Facebook (before he scrubbed it), he is a Thin-film technician at Saes Getters. 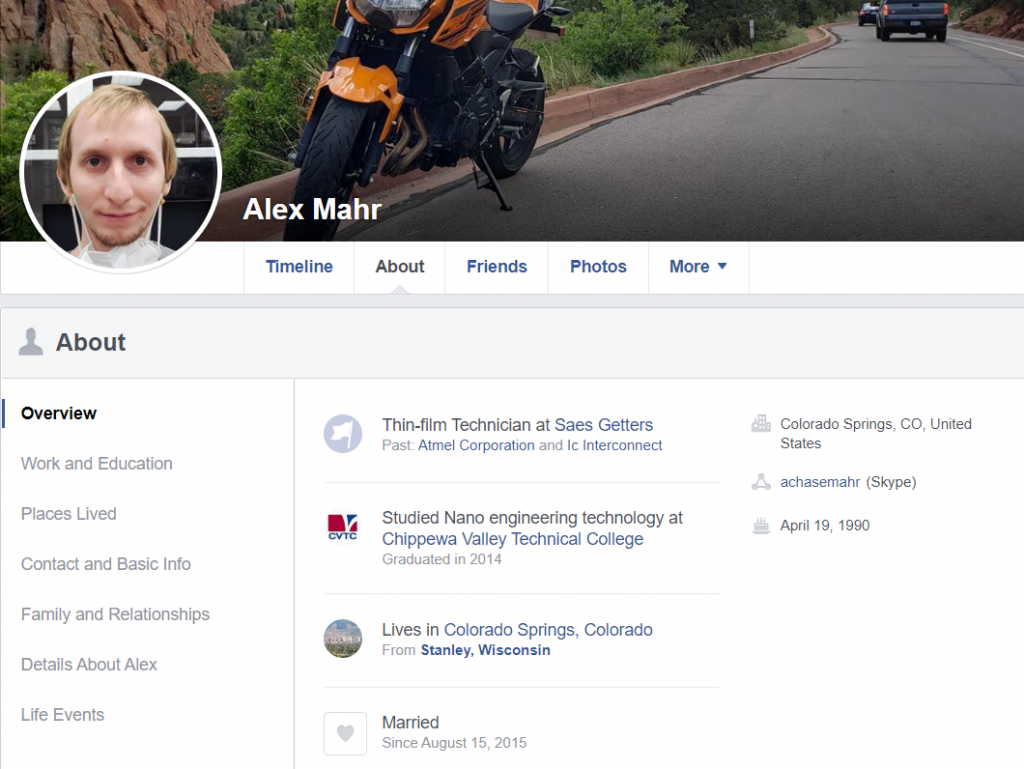 When he’s not violating social distancing protocols for his workplace by disrupting protests for Black lives, Alex spends his time on social media participating in alt-right Facebook groups and discussions.

As you might expect, his bigoted views include a hatred for queer people and Jewish people. 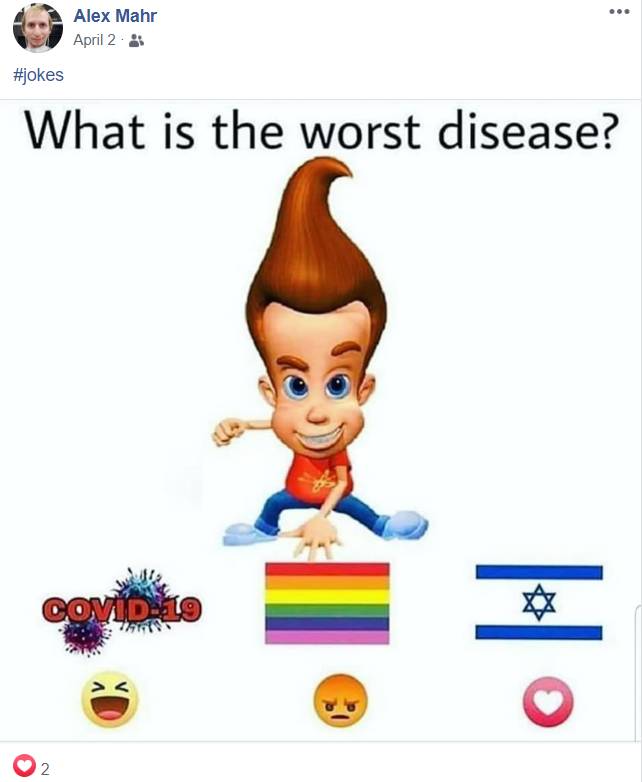 Alex’ contempt for Jews is extreme. Here he is stating that he believes the holocaust was justified as “self-defense against communism”

Alex also thinks that “Some forms of genocide can be good.” Wonder which group Alex thinks deserves to be genocided?

Speaking of genocide, Alex is a firm believer in the white supremacist conspiracy theory of “white genocide,” which was popularized by American neo-Nazi David Lane while he was in prison for the murder of Denver-based Jewish radio host Alex Berg. Proponents of the “white genocide” conspiracy theory believe that multiculturalism and racial diversity are being forced upon white populations by Jewish rulers in order to slowly breed white people out of existence. This theory has inspired numerous terrorist attacks such as the Christchurch massacre, the 1995 Oklahoma City Bombing, the 2015 Charleston shooting, and many more.

Alex has even gone so far as shared the neo-Nazi slogan 1488, which stands for “We must secure the existence of our people and a future for white children” and “Heil Hitler”

Alex is clearly a danger to his workplace and our community. You can contact his employer and ask them why they employ a racist anti-Semite who repeatedly risked the safety of his co-workers to harass people fighting for racial justice: https://www.saesgetters.com/contact-us
When you’re done with that, feel free to report his accounts on every platform. There is no safe place for Nazis:

Alex Chase Mahr is just your average, every day, not bigoted guy.

Who protects us?
We protect us.

Alex has deleted a number of his social media accounts since we published this article. There was a number of spicy content on his Reddit account /u/alown that he has deleted. Here are a couple of archives of that content (1) (2).