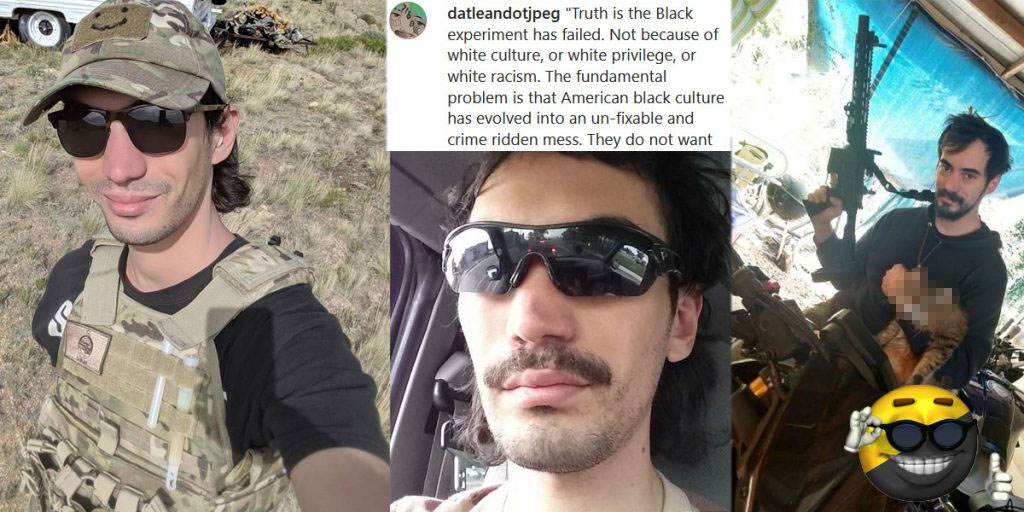 Bryan Parviz Bakonyi is a racist Anarcho-Capitalist living in Lakewood, Colorado who has harassed participants of Black Lives Matter protests. He was identified after he started flirting with an anti-fascist sock puppet that he mistook for a neo-Nazi.

Additional information about Bryan Bakonya that cannot be published on this site can be found here.

On August 26, Bryan shared an excerpt from an essay published on the white supremacist website American Renaissance . Titled Ten Percent Is Not Enough, it argues for a white-led revolution in the United States on the specious idea that white people have better intellects and temperaments than Black Americans. 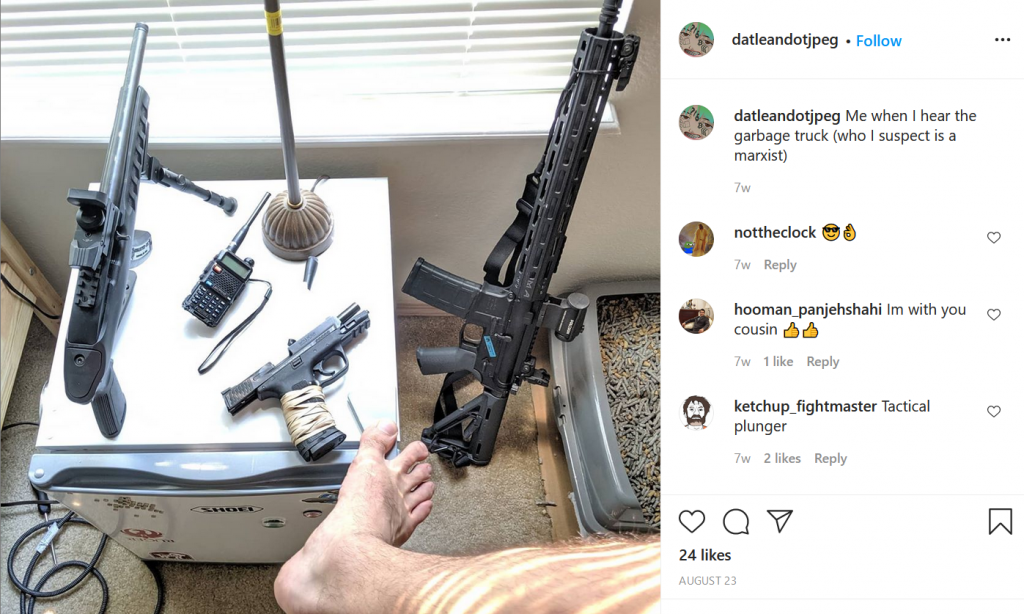 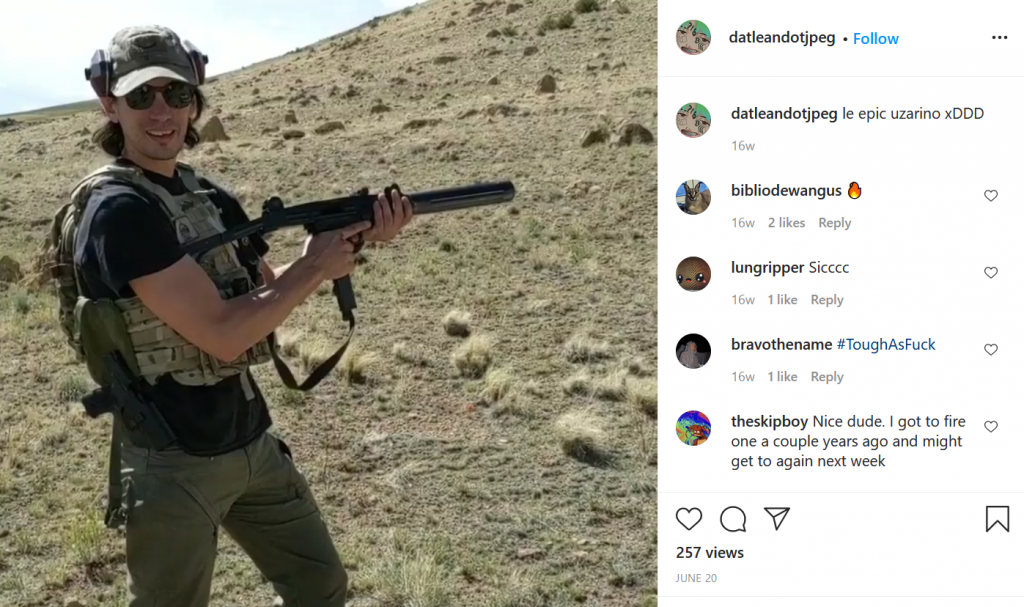 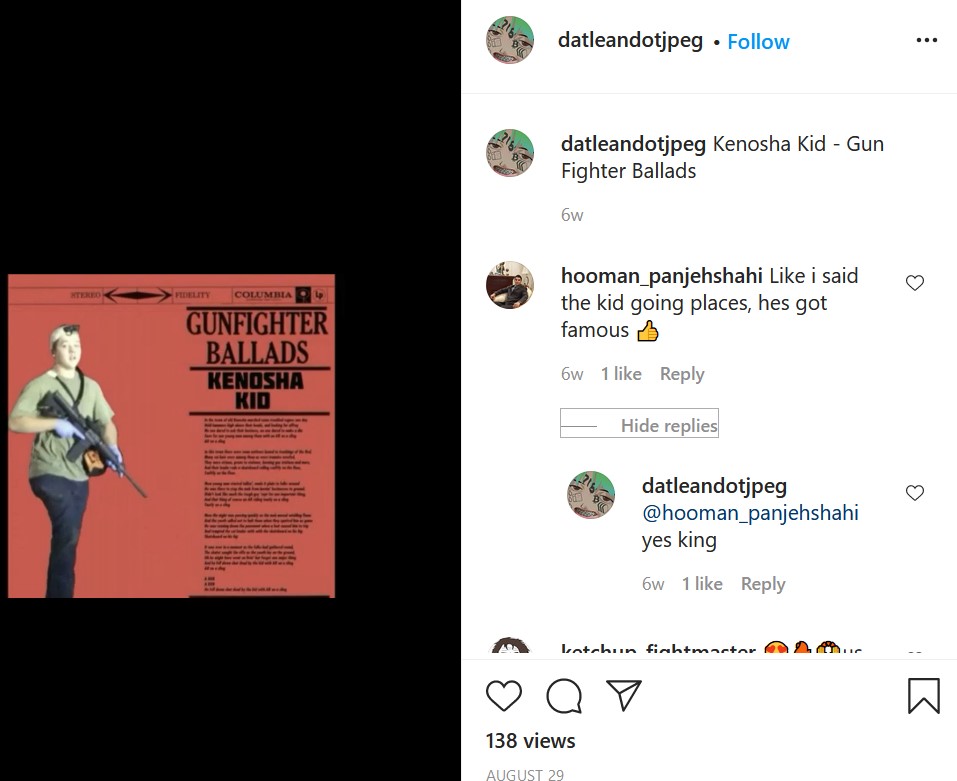 In a post dated August 24, Bryan shares of video of himself harassing people at a Black Lives Matter event: 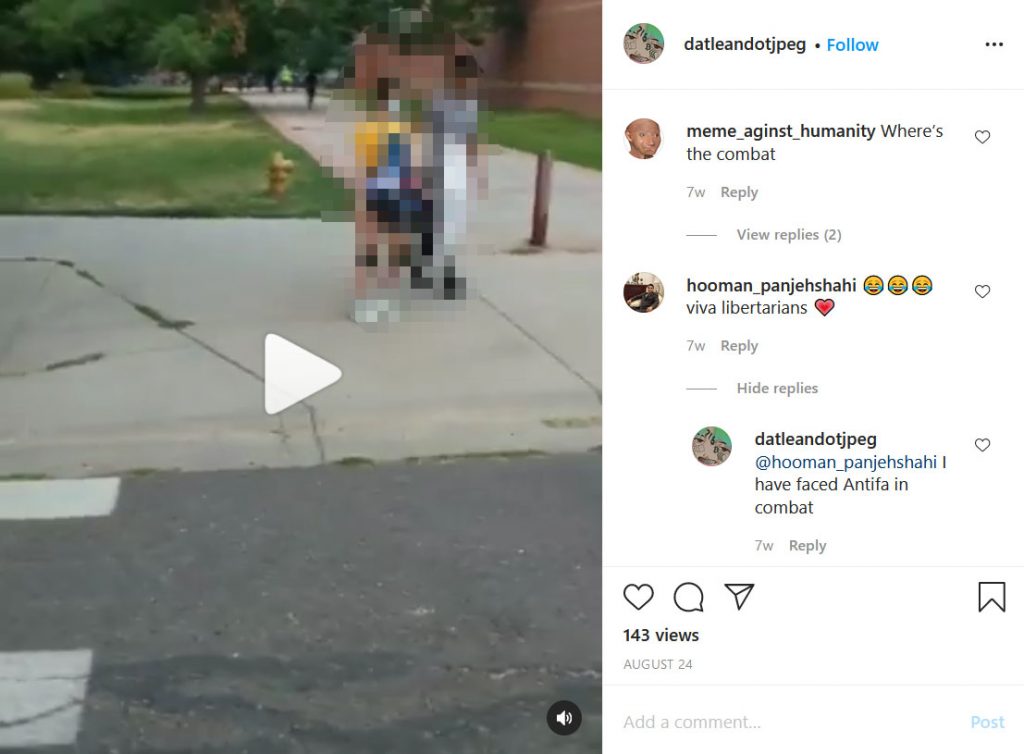 Bryan has videos of himself at a number of anti-racist demonstrations in Denver after the killing of George Floyd.

Bryan has made a few posts suggesting that his former roommate filed a restraining order against him for threatening to shoot him. 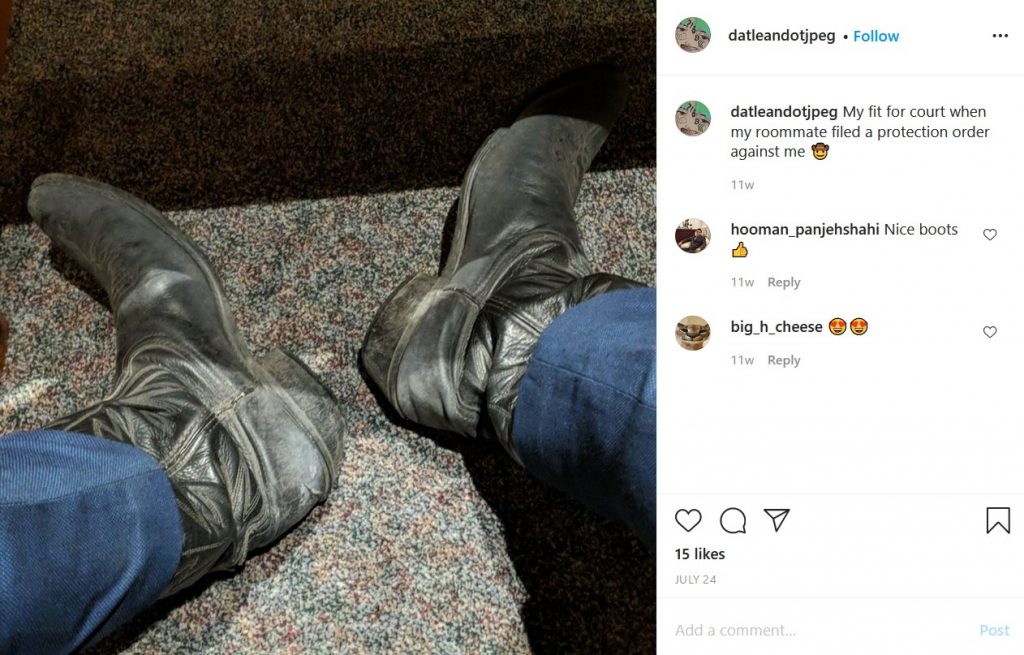 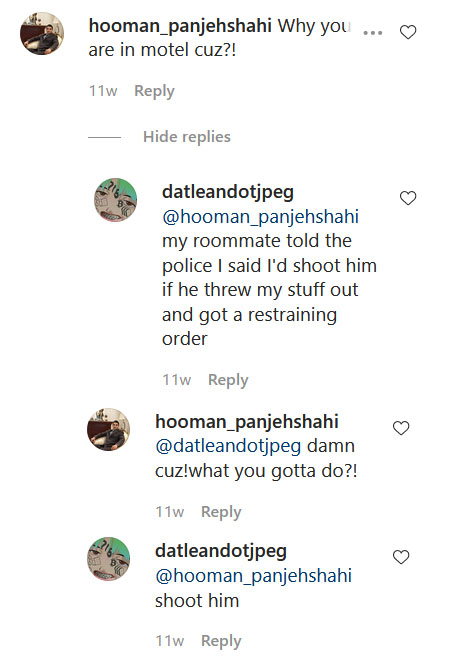 On September 2, Bryan Bakonyi started hitting on a neo-Nazi sock puppet account that is run by an anti-fascist who sent us screenshots of their conversation. In the conversation, Bryan reveals his phone number, his address, that he moved to Colorado from “Jew York City,” and that he is an electrician: 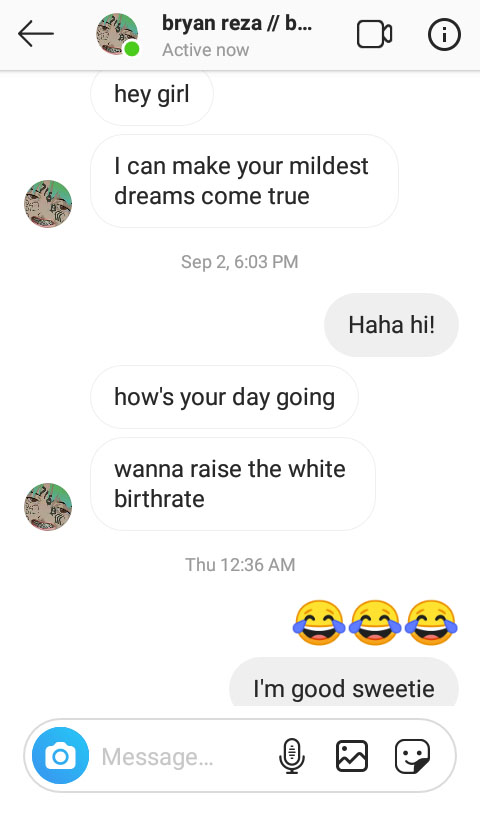 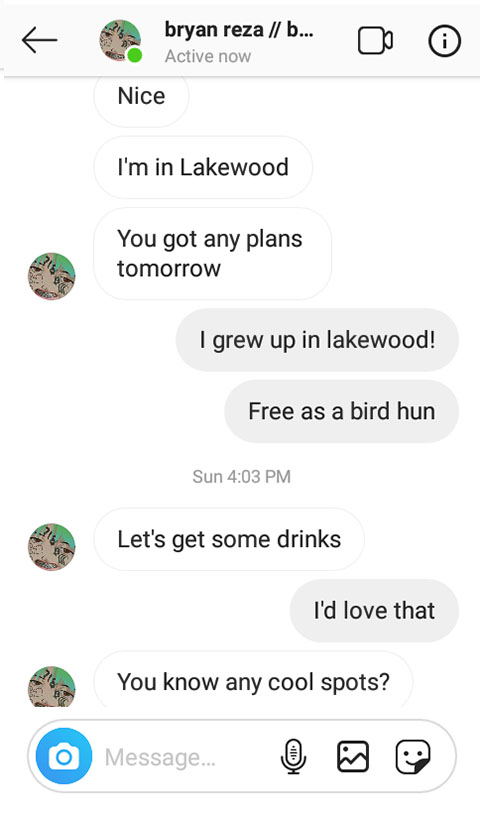 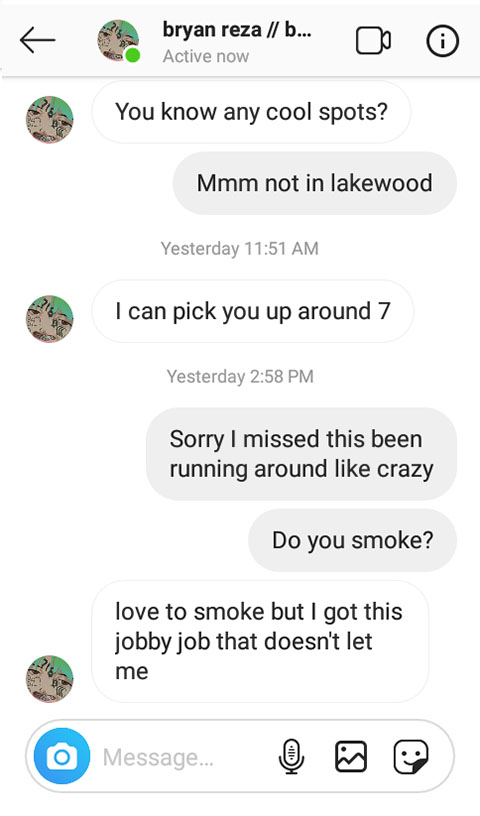 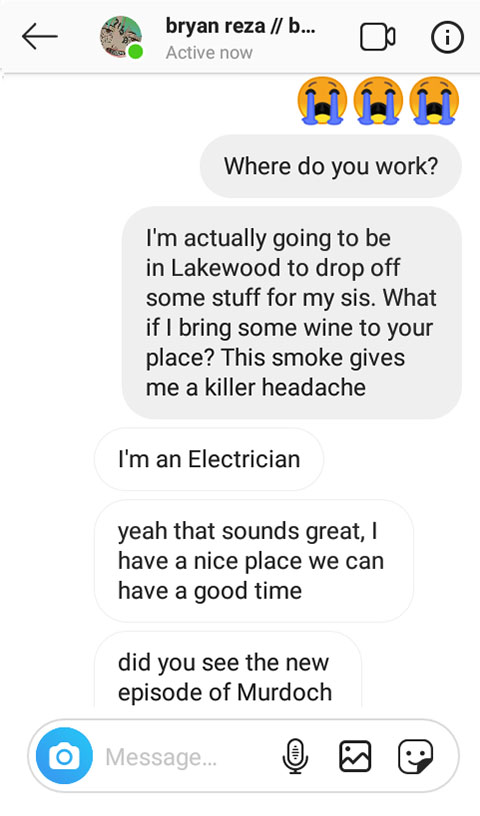 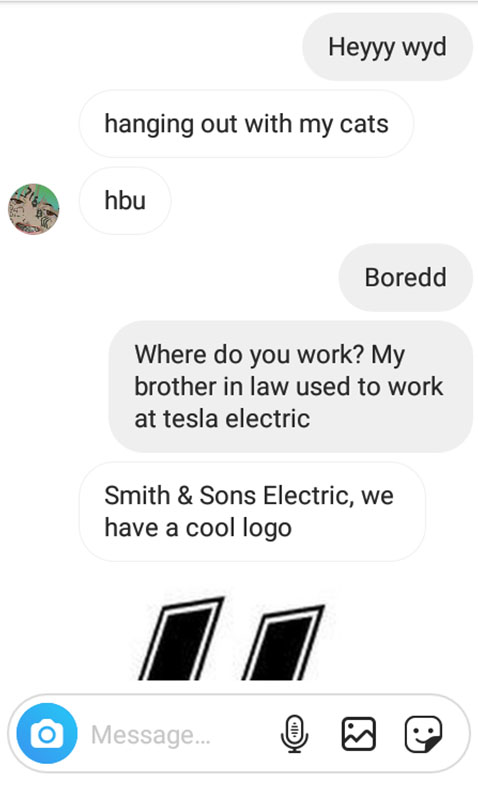 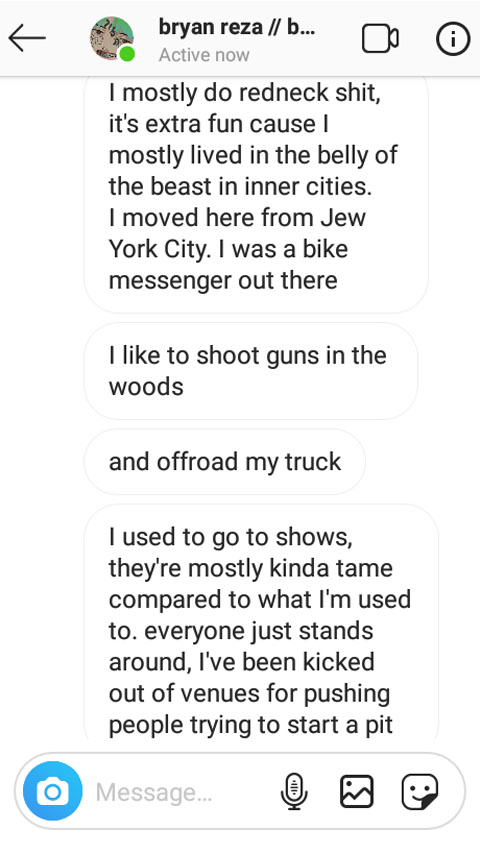 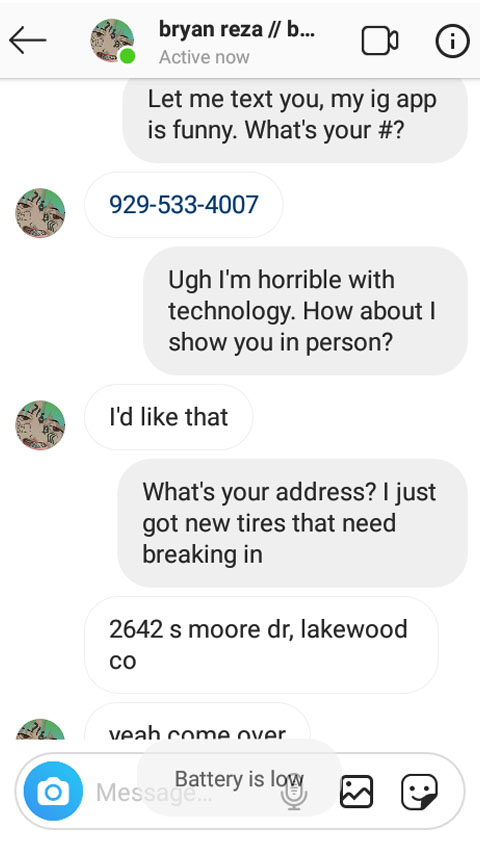 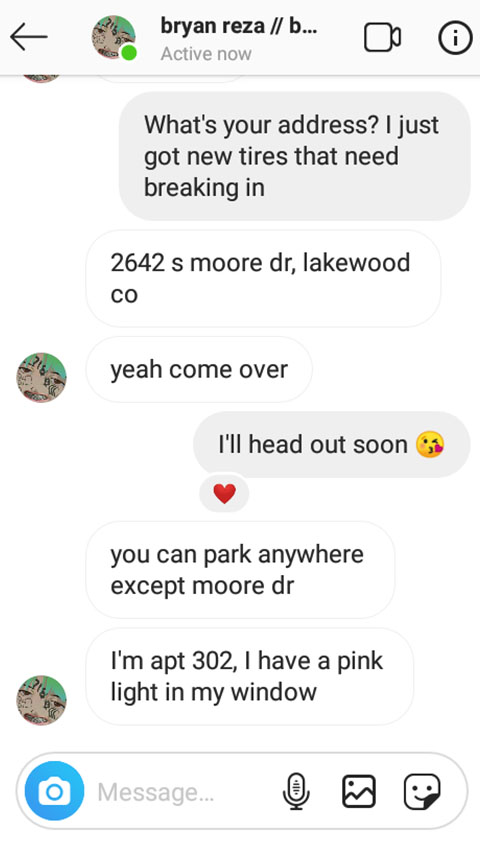 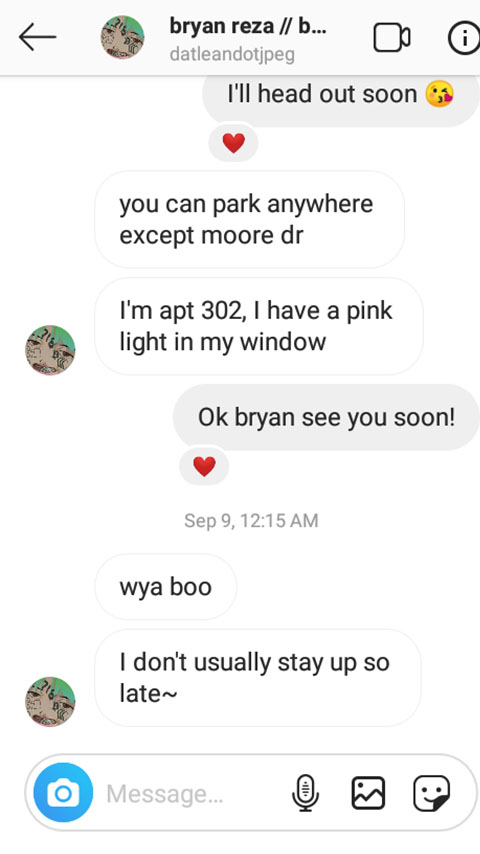 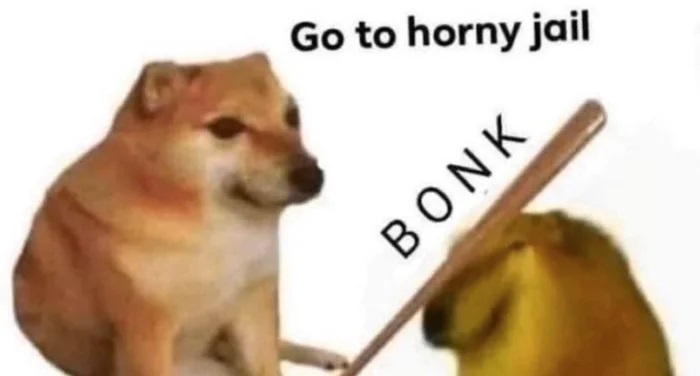 Anarcho-Capitalism is a right-wing anti-state ideology that places property rights over human rights and views democracy – or any form of collective decision-making – as an inherent threat to individual liberty. Anarcho-Capitalists frequently find common cause with fascists due to both groups’ opposition to democracy, communism, and so-called “degenerates” like LGBTQIA+ people. As a result, you will often see Anarcho-Capitalists supporting CIA-backed fascist dictator Augusto Pinochet for his extrajudicial killings of communists, trade unionists, and perceived enemies of the Chilean state.

For example, the Anarcho-Capitalist website Liberty Hangout published a piece supporting Hans Herman-Hoppe’s position that in order to build a functioning right-wing Libertarian or Anarcho-Capitalist society, proponents of democracy, communism, and homosexuality must be physically removed.

A core tenet of Anarcho-Capitalist ideology is the homestead principle, which is the right of whites to settle on and claim any land not owned by other whites. While the homestead principal is rarely presented in this white supremacist fashion, Anarcho-Capitalists never extend the right to settled property to the Indigenous people of Turtle Island, citing a variety of racist excuses, from Ayn Rand arguing that Indigneous people are not sophisticated enough to understand private property, to Murray Rothbard’s position that giving stolen land back to non-white people is theft. 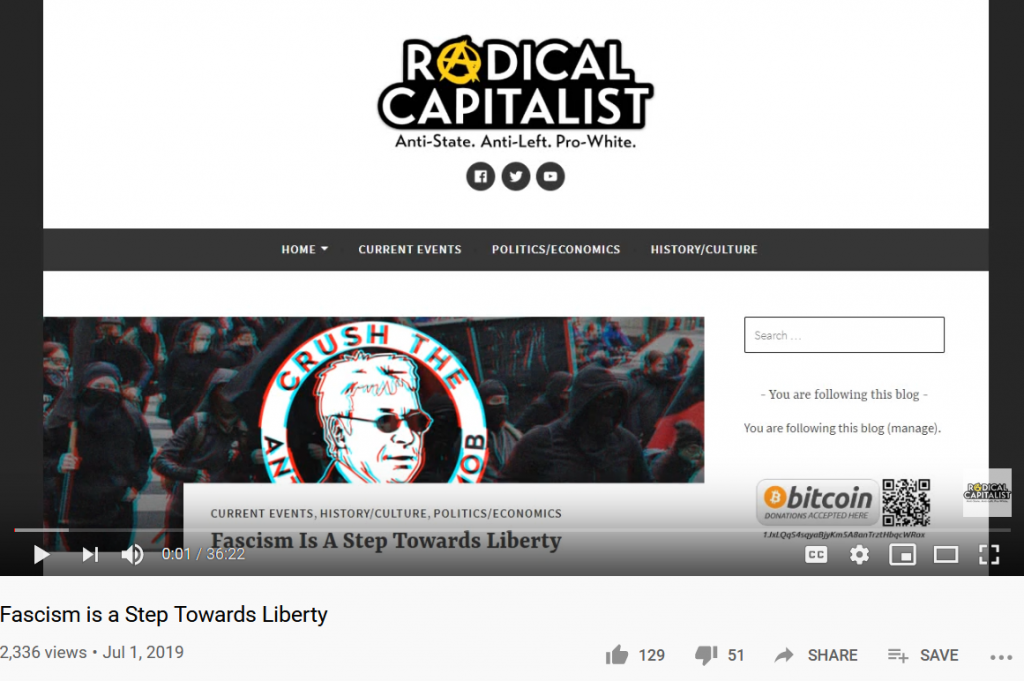 Bryan Bakonyi is an armed white supremacist and is potentially dangerous. He has been seen at a number of anti-racist protests and rides either a motorcycle or a bicycle. While he may claim to be some sort of Anarchist or anti-statist, he is by no means on our side. AnCaps will always side with the fash because Anarcho-Capitalism is a deeply reactionary ideology.