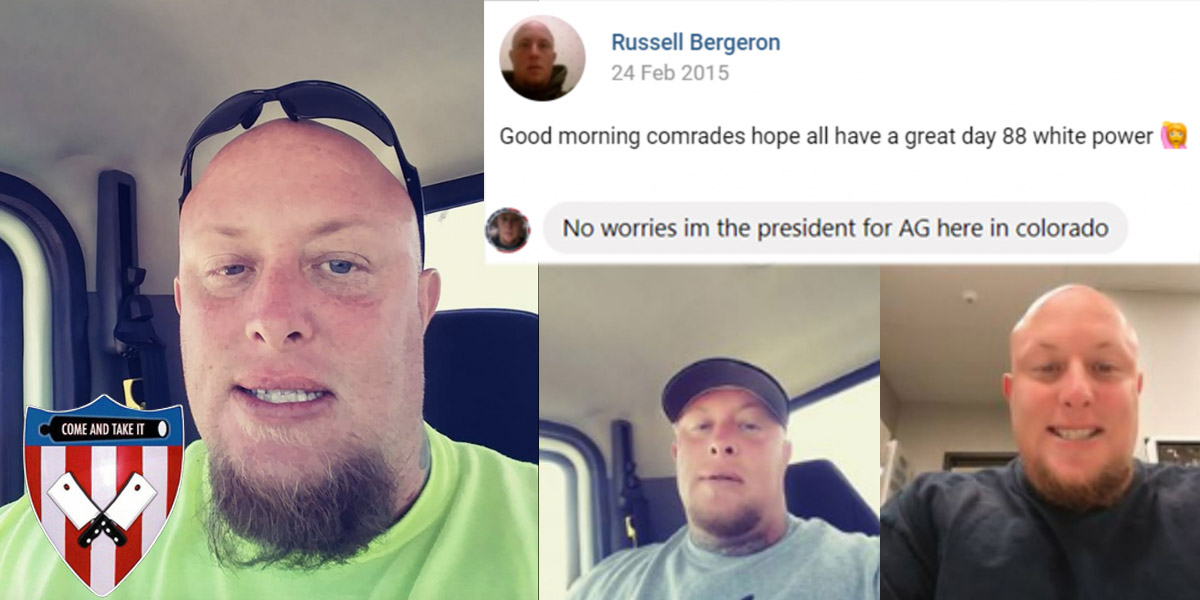 We would like to introduce everyone to American Guard Colorado Chapter President Russell Bergeron of Colorado Springs. The American Guard is a white supremacist group founded in Indiana by Brien James. James, current president of the Indiana Proud Boys, has affiliations with white supremacist groups such as the Vinlanders (which he co-founded), Outlaw Hammerskins, The Aryan Nation, Traditionalist Worker Party, and the Ku Klux Klan among others.

American Guard is a neo-Nazi organization that uses nationalism and patriotism to mask it’s violence and bigotry. It’s members are known for violently targeting immigrants and are overtly islamophobic, among other types of hatred. 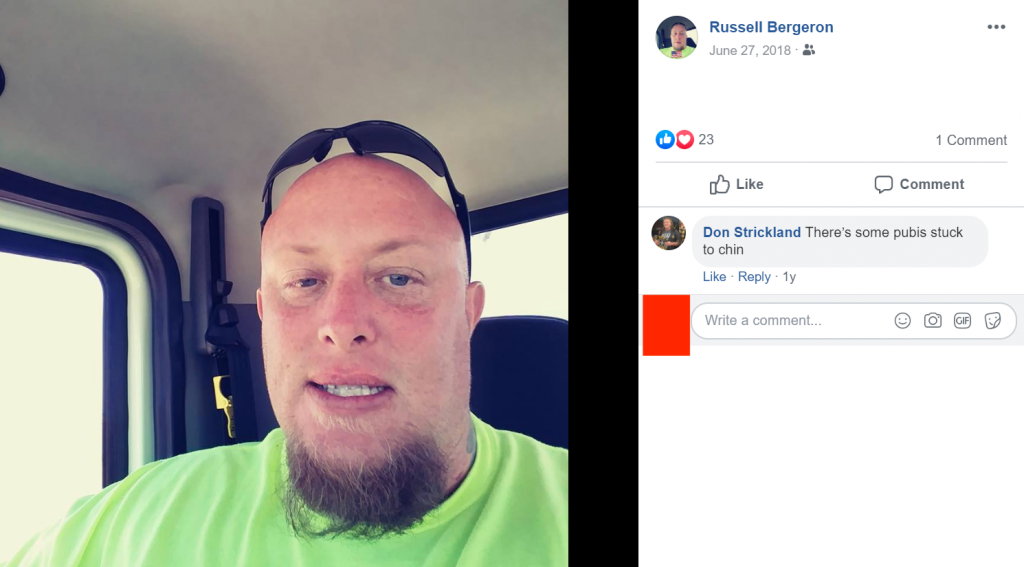 This brings us to Russell who we were able to find because he tried to recruit our sock puppet account.
Excellent OPSEC, Russell
Russell lives in Colorado Springs and before that, Greeley, CO as of December 2019.
Based on Russell’s interaction with fellow Colorado neo-Nazi, former Proud Boy and Boogaloo boy Shane Reeves, Russell visits Boulder every weekend to see his daughter. 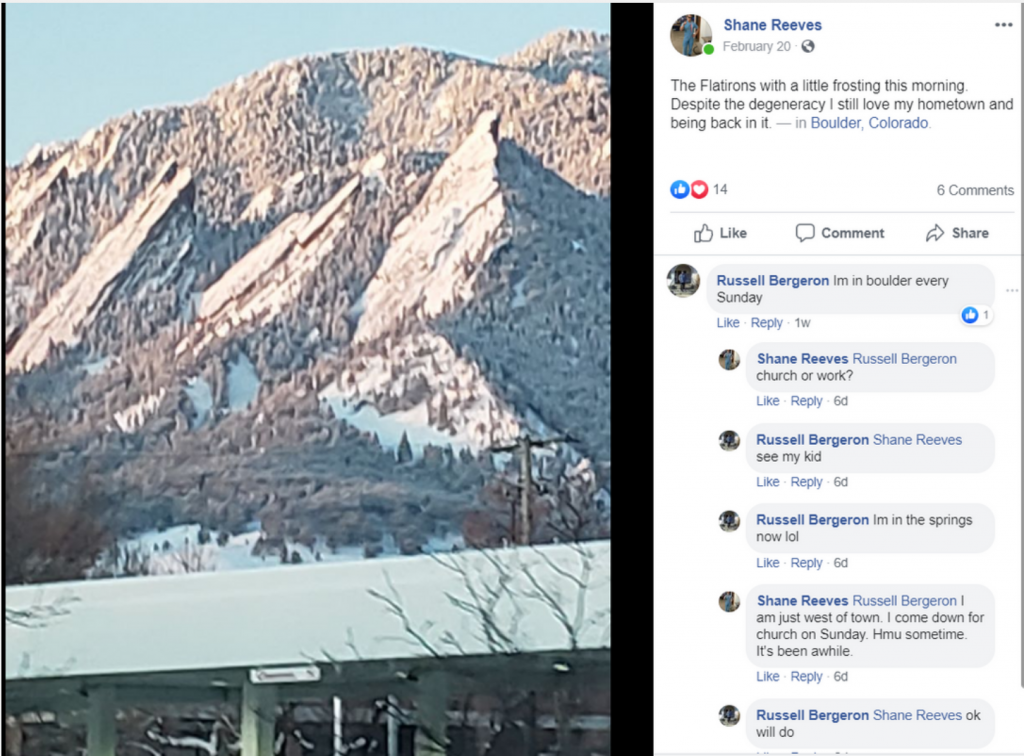 Recently, Facebook did a purge of white supremacist accounts, including Russell’s.

Before he was banned, we archived some content from his Facebook profile. His queerphobia and prejudice about Black and Brown people are pretty apparent.
The really hateful content is reserved for Russell’s VK profile, which, oddly enough, was so heinous that even VK wouldn’t host it and eventually purged his profile there as well. Russell posts about the myth of “white genocide”, references 88, Vinlander propaganda, and he uses the N-word in posts.
As one can imagine, Russell follows and likes all kinds of fascist content on Facebook like Skrewdriver (a Nazi Oi band), Da Aryan Worldview, Super Happy Fun America (Boston far-right group that often rallies with neo-Nazi’s like the Nationalist Socialist Movement and the NSC-131), the Odinic Rite, as well as Black Shirts for Social Credit, a group of former TWP members who have since renamed themselves Defend Denver. (Hi Joshua Yeakel)
In his interactions with our sock puppet, he admitted to being the President and only member of American Guard’s Colorado chapter. Russell has no public affiliation with American Guard so had he not spilled the beans like this, his leadership in a hate group would still be his secret.

Russell is friendly with other problematic alt-right figures like former or possibly current Proud Boy Louie Huey.
Russell is out and about along the I-25 corridor. He is a threat to marginalized community members and should be avoided. We believe he works in the Oil & Gas industry. If anyone has information on Russell, please reach out to us – our DM’s are open and our email is CospringsAntifa (at) protonmail (dot) com.
Who protects us?
We protect us.