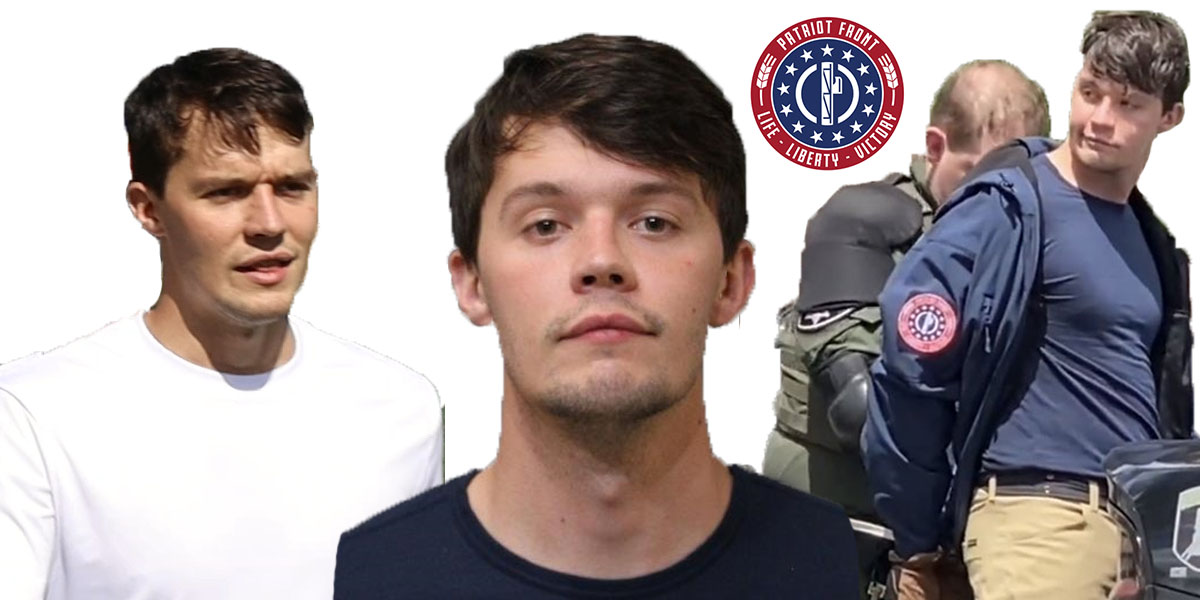 Nathan David Brenner (26) of Louisville, Colorado is the leader of the Colorado & southern Wyoming chapter of the neo-Nazi organization Patriot Front. Nathan Brenner was arrested trying to disrupt a Coeur d’Alene, Idaho Pride event and has engaged in regular Patriot Front organizing, including vandalizing a mural in Denver, Colorado with racist graffiti.

Additional information about Nathan Brenner, including his home address, can be found here.

We have identified Nathan Brenner as the Patriot Front Network Director who uses the alias “Ben – CO” within the racist organization. Patriot Front is a white nationalist hate group that broke off from Vanguard America after James Alex Fields drove his car through a crowd of anti-fascist protesters countering the 2017 “Unite The Right” Nazi rally in Charlottesville, VA. Patriot Front’s goal is to make America a fascist white ethnostate.

Patriot Front’s activism is mostly based around creating social media content and making news headlines. Members are expected to regularly place and photograph Patriot Front stickers that are purchased from the organization’s leader, Thomas Rousseau, and then posted on the group’s social media accounts.

Thanks to leaked internal chats published by Unicorn Riot, we can see Nathan’s messages within the organization. Note that much of the Colorado & southern Wyoming chapter’s coordination was done over Telegram; those communications are not included in the leaks.

On July 17th of 2021, Nathan Brenner was also caught on a security camera with two other people, likely Patriot Front members, placing a sticker on a queer-friendly business in Colorado Springs. 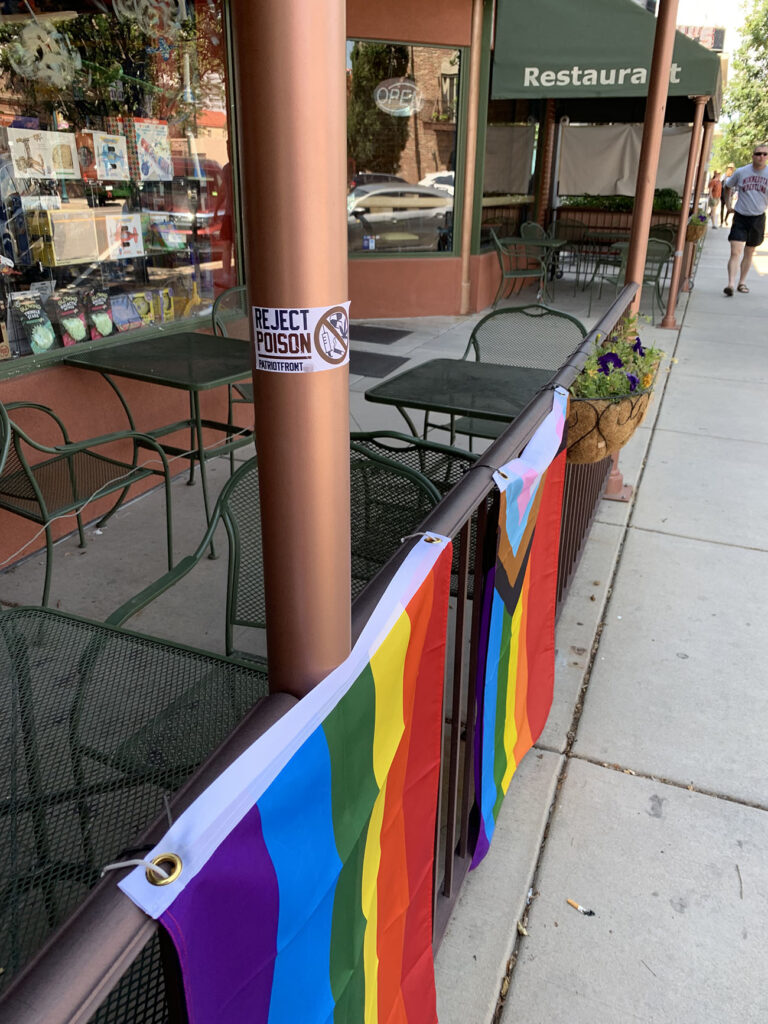 As Network Director of Network III, Nathan Brenner oversaw all activities and recruitment for Patriot Front members and prospects in Colorado and southern Wyoming.

For administrative purposes, Patriot Front membership is divided into regional groups known as Networks, each with its own leader, the “Network Director” (ND). The area covered by a network may include part of a state, an entire state, or parts of multiple states (see map). In areas where there are not enough members living close enough to each other to comprise a network, members will instead belong to a “cluster,” which could become a network if enough new members are recruited in that area. PF members who are too remote from others geographically to be part of either a network or a cluster are referred to as “non-network members” (NNM).

Network Directors are selected by PF’s national leader, Thomas Rousseau. After being appointed, the ND then nominates two members of his network to be the Network Scribe (NS) and Network Quartermaster (NQ), respectively. The nominees must be approved by Rousseau before being officially designated as the NS and NQ. The quartermaster is responsible for the network’s supplies and materials, while the scribe keeps track of network members’ attendance and “activism,” takes notes at network meetings, and otherwise documents network activity.

This explanation is co-posted from this guide by Utah161.

Nathan Brenner was one of 31 Patriot Front members arrested on Conspiracy to Riot charges at the Coeur d’Alene, Idaho Pride event on June 11th, 2022.

Knowing Patriot Front’s history and emphasis on activism for their cameras alone, as well as various law enforcement agencies’ recent history of labeling protestors’ defensive tools as evidence of riotous intent, we are very skeptical of the charges laid upon Patriot Front members. However, regardless of whether or not Patriot Front wanted to incite a riot, they intended to disrupt and intimidate attendees of the Coeur d’Alene Pride event. While PF was unsuccessful due to overzealous police, other fascists, some open-carrying long guns, were only prevented from disrupting Pride by brave and organized anti-fascist resistance.

We atr in Coeur d'Alene, Idaho for a Pride Fest threatened by theblocal fash. This is a Christian group that for a bit chose to sing hyms and argue with folks. pic.twitter.com/iQ2o56YmfC

Nathan Brenner graduated from the Colorado School of Mines with a master’s degree in quantitative biosciences and engineering in 2021, and is not currently enrolled at the school. If you have any information about Nathan’s employment, you can contact us anonymously here cospringsantifa@protonmail.com

Active Club was started by Robert Rundo, functionally as a rebrand of Rise Above Movement after that organization was targeted by law enforcement.

1. Put up flyers warning the community of Nathan Brenner in the Boulder County area. Flyers can legally be put on car windshields and on door handles, but not in or on mailboxes.

2. Let us know if you have any information about his current employment or anything else. We will not publish anything without consent: