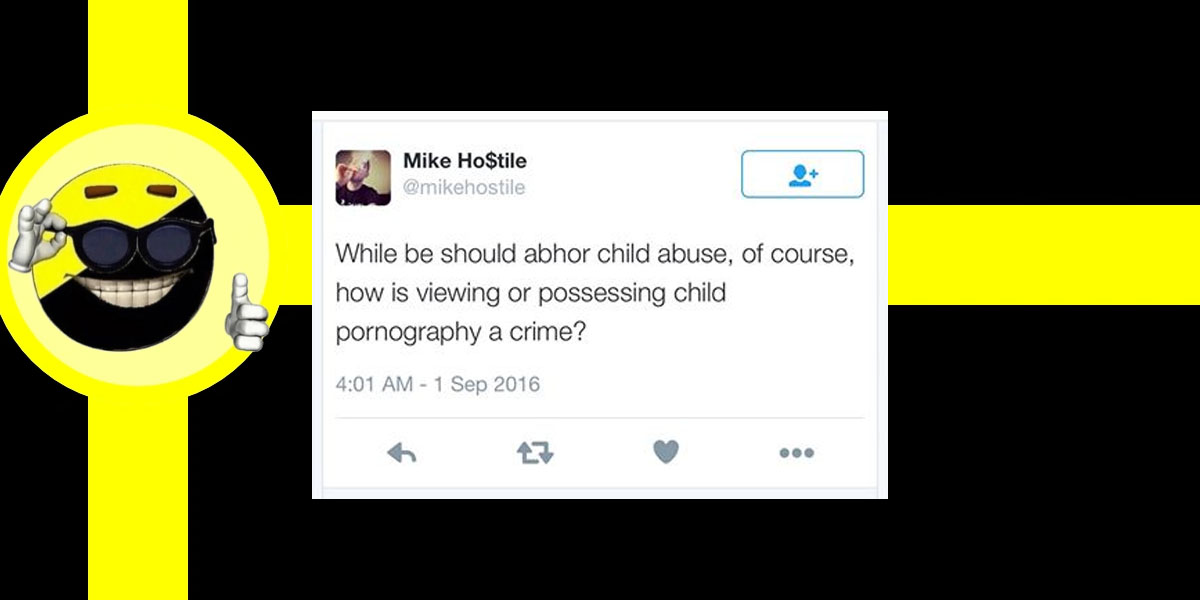 In our last update we looked at how a coalition of ancaps, more or less led by Martin Meyers, came together (voluntarily! very important) to fight what they saw as the most pressing threat to the American way of life: communists! This “better dead than red” club seems to have been formed partially at the behest of Colorado Springs’ Mike Morris.

Colorado Springs seems to be infected by Shrodinger’s Leftists, who are both weak, sniveling, SJWs, who can be bested at any legitimate manly contest, and at the same time terrifying, mean, violent threats to everyone’s existence. Mike Morris, traumatized by the deranged leftists, reached out to Denver ancap Martin Meyers for a safe space where his ideas wouldn’t be challenged.

Like Meyers, Morris seems to be entirely motivated by a desire to counter the socialists. He’s built the small far-left community in Colorado Springs into some kind of terrifying straw man that he will stop at nothing to tear down, primarily through his newspaper, The Front Range Voluntaryist.

The mean socialists yelled at him! Now he needs to get every right-leaning asshole in Colorado to come to his aid. Last time we checked, yelling and refusing to engage in a debate doesn’t violate the Non-Aggression Principle (NAP), but we’re not ancaps so maybe there is a technicality somewhere that justifies targeting a group on the other side of the political spectrum with force?

Mike’s response to any action taken by anyone whose political barometer is left-of-center seems to be outrage.

Morris tried to blame the actions some concerned citizens took against the Proud Boys on Gabriel Palcic, who is usually too busy ironing his Che Guevara shirts and practicing pretentious political discourse to actually hit the streets and wheat paste with the likes of us.

Aside from supporting the ancap coalition of anticom keystone cops, Mike takes to twitter to post unhinged rants against leftists. It’s not all bad though: 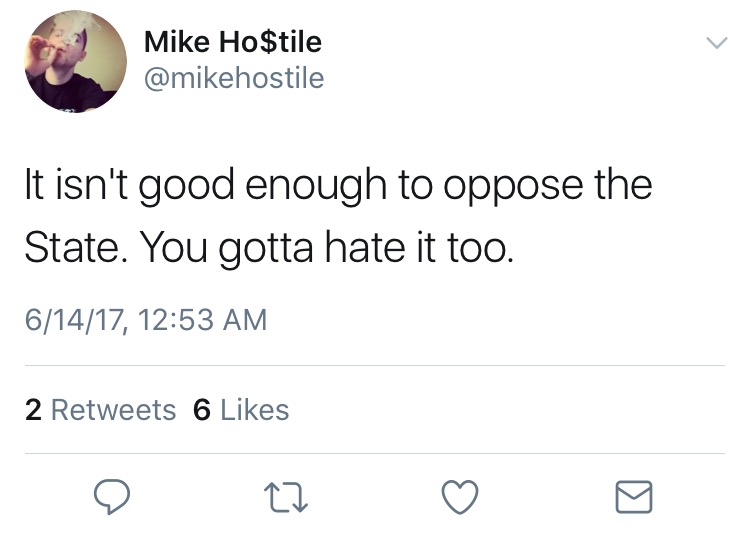 He does seem to have a good grasp of our organization though:

Unfortunately it quickly devolves into the mire of racism, homophobia, and misogyny that has come to characterize the alt-right.

But dude is definitely not racist.

But what can you expect from someone who is a fan of homophobic economists:

We realize this may come as a shock, but dude also has a thing against feminists:

And apparently children too:

Morris plays guitar for Colorado Springs band Justice Blocc. They’re an Oi! band, a genre with a bit of a checkered reputation in the punk community. Some Oi! bands, like Skrewdriver, have a reputation for overt racism and nationalism. Some don’t and are good people. Groups like SHARP are kind of the Oi! equivalent of Anti-Fascists and work to police their scenes against reactionary forces. Justice Blocc isn’t overtly racist, despite Morris’ own sketchy views, but they have played shows with the Nazi band Total Annihilation.

Fascists of a feather, and all that. Check back for more about the ancaps of Colorado!

4 thoughts on “The Ancaps of Colorado – Mike Morris”