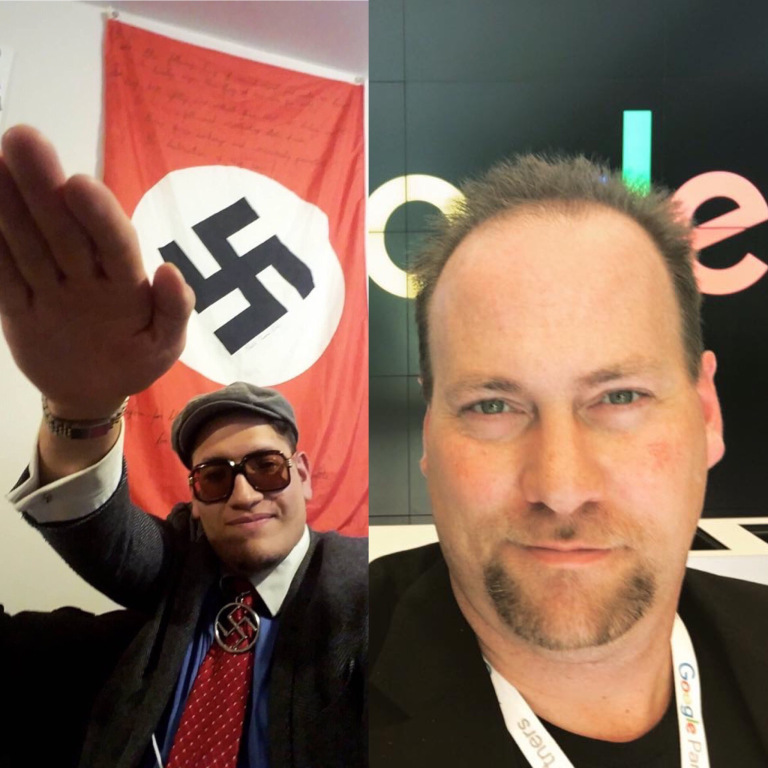 Yesterday we released info about CSU Admissions worker Rob Adams, one of the moderator’s of David Huntwork‘s MAGA Trump – Colorado Facebook group. We released our article on Rob following the receipt of a ridiculous attempt at strong-arming from members of this “patriot group,” who threatened to visit an activist who has nothing to do with our collective at his home.

“Oh, you guys just call everyone a Nazi! You just call all the people you don’t like Nazis!”

We get that a lot. Despite what people may think, we try to be careful with who we deem a “Nazi.”

This is Jovanni Valle, more commonly known as “Jovi Val.” You may remember him from an altercation he had with a Jared Polis staffer (who rules, btw) last year. Or you may recognize him as the douchebag who got egged in New York on May Day.

Jovi Val has built his career on being provocative and getting hit in the head. He was a Proud Boy for a short period of time, but was disavowed when his far-right LARPing moved from “brown shirt” to “party member.” The swastikas and sonnenrads are too much for the Proud Boys, who prefer their fascism and bit more “crypto.”

ZJ Good (archive: about) lists his employment as “Producer” for Major League Liberty, Louis Huey‘s podcast. When Sheriffs and Proud Boys aren’t getting you the views you need, sometimes it can be helpful to bring a Nazi on the show.

This is not a good look, Curtis. Jovi Val’s rampant homophobia and penchant for Nazi memorabilia was probably seen as a feature, not a bug, by Huntwork, who had no qualms adding Val to his groups months after he appeared alongside Jason Kessler in a reboot of an event that ended in murder and bloodshed. DeGroote had no qualms defending Val and trying to get him appearances on podcasts. Keep trying to tell people your groups are all about the second amendment, Dave.