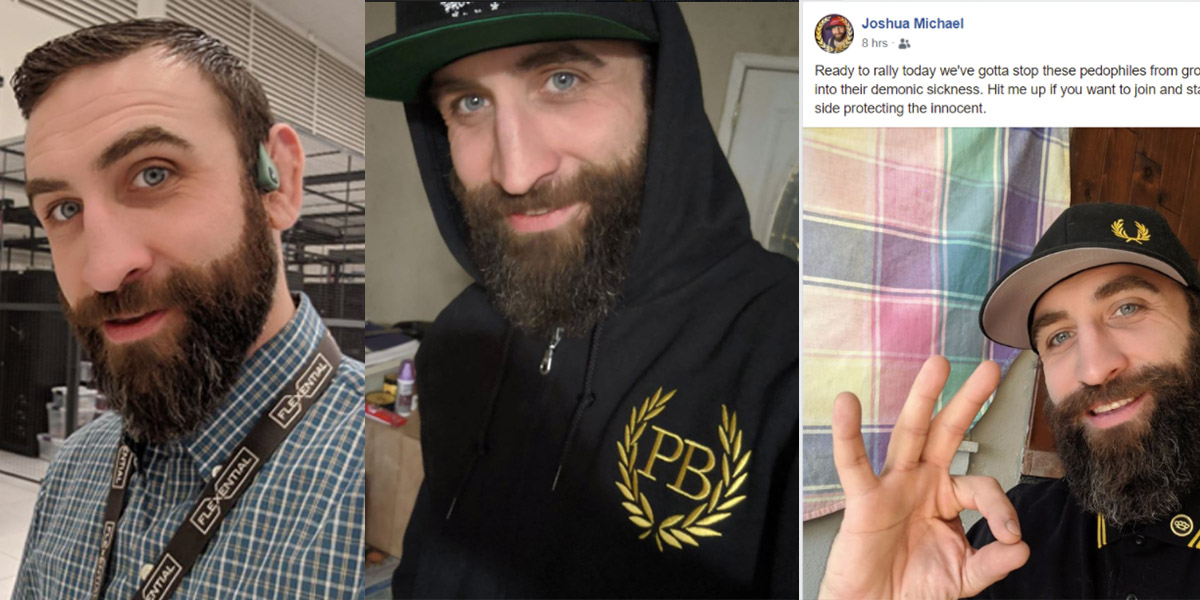 Joshua Michael Gillespie is a 39-year-old man living in Denver, Colorado. He is also an active member of the extreme right group The Proud Boys, has attended several protest events with the Proud Boys, and regularly promotes them on his social media. Let’s get to know Joshua and his Proud Boy affiliation a bit better!

Additional information about Joshua Gillespie can be found here.

Thank you to Garfield but Anti-Fascist for contributing to this exposé.

Joshua Gillespie, who also goes by the names “Wolfie” or “Joshua Wolf” makes it clear he is a member of the Proud Boys, a far right, pro-Trump group that has been described as a street gang by its founder, Gavin McInnes. The Proud Boys (PBs), who glorify street fighting with leftists, have unsurprisingly been linked to a number of high-profile violent incidents as well as countless other incidents involving racism, threats, violence, and bigotry. Their ideology is openly Islamophobic and xenophobic and, like almost every other group on the far right, their ranks are filled with open white supremacists and violent bigots. While the official public rhetoric of the Proud Boys is not often openly white supremacist, and they count a number of Latinx and POC members, the Proud Boys show their true colors frequently when they team up and warmly collaborate with open neo-Nazis. Joshua has become a fixture at events attended by Colorado Proud Boys, including a large protest on September 27, 2019 at Mile High Comics in Denver. To provide some context, Mile High Comics became the site of regular protest in mid-2019 when far right groups and individuals began protesting the Drag for All Ages events held at the comic book shop. The events, designed to be a family friendly introduction to the queer community and means to support younger queer people, were quickly met with extremely homophobic and bigoted criticism. On September 27, 2019 a sizable contingent of Proud Boys marched with known neo-Nazis from the (former) Traditionalist Worker Party (TWP), Goyim Defense League (GDL), Anonymous Denver (an anti-Semitic Anonymous formation), and a member of Patriot Front. The neo-Nazis even posed for a group photo with Proud Boys. 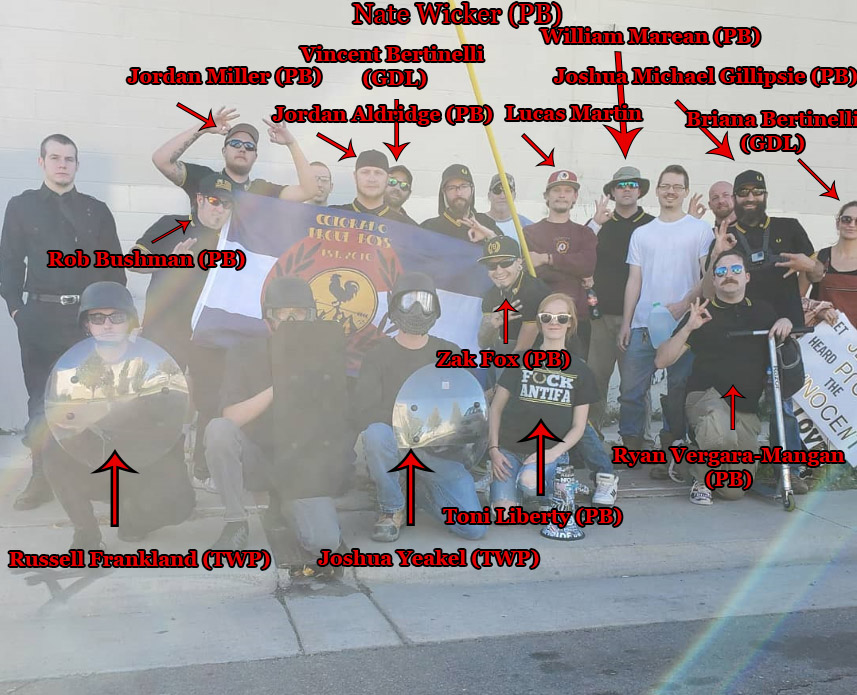 Josh, who can be seen on the far right wearing a GoPro and posing with TWP members, was also in attendance at the September protest. He also documented his attendance on his now deleted Facebook page. 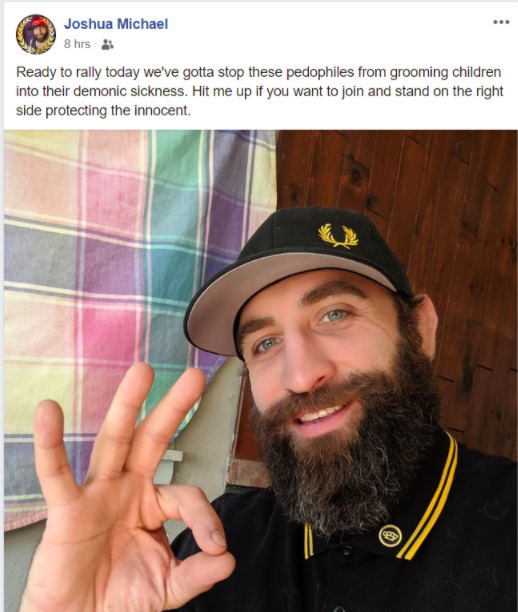 According to anti-fascists on the ground, Joshua used his Jewish ethnicity to defend the neo-Nazis he was standing besides, claiming “I’m Jewish, there are no Nazis here!” Joshua converted from Judaism to Christianity, but frequently invokes his ethnicity to cynically deflect criticism.

Two of the people Joshua claimed weren’t Nazis at the Mile High Comics protest are Joshua Yeakel and Russell Frankland of the (former) Traditionalist Worker Party. 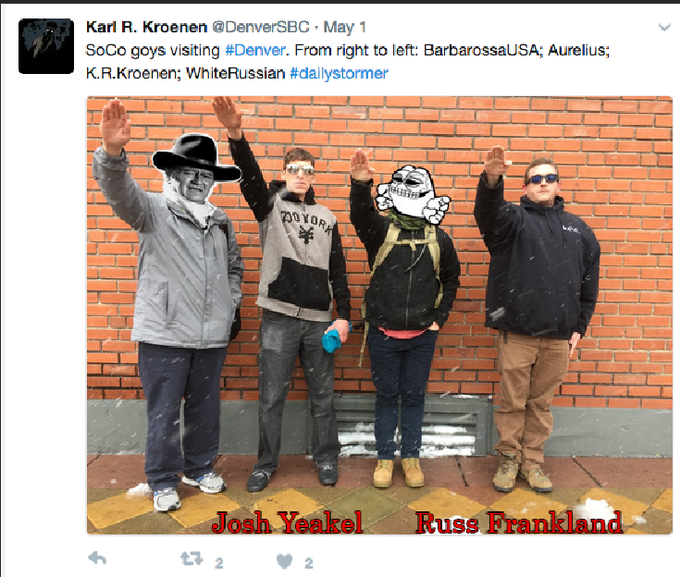 Russell Frankland and Josh Yeakel later joined Joey Bounds, Vincent Bertinelli, and Lucas Martin in driving around Colorado in a van that read “The Holocaust is a Hoax” while handing out Holocaust denial flyers. These are also not Nazis, according to Joshua.

Joshua was also present at a Turning Point USA event at Colorado State University later on October 22, 2019. At the event, Joshua was detained by campus police and ticked after starting a fight with protesters.

Joshua was most recently seen counter-protesting protests against police brutality in Denver.

Anonymous Denver are an anti-Semitic, Anti-LGTBQIA+Anonymous formation that has worked closely with the (former) Traditionalist Worker Party, Proud Boys, and Goyim Defense League. 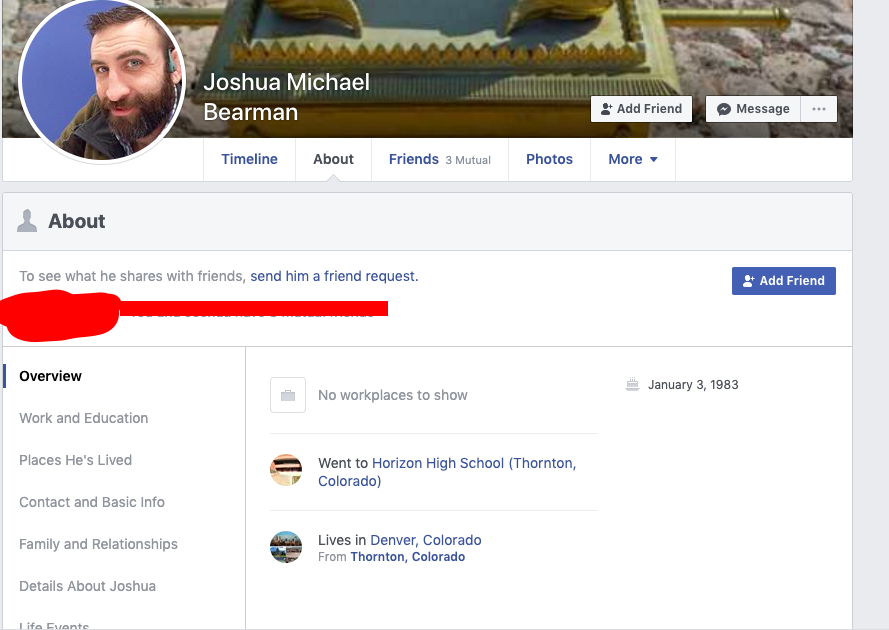 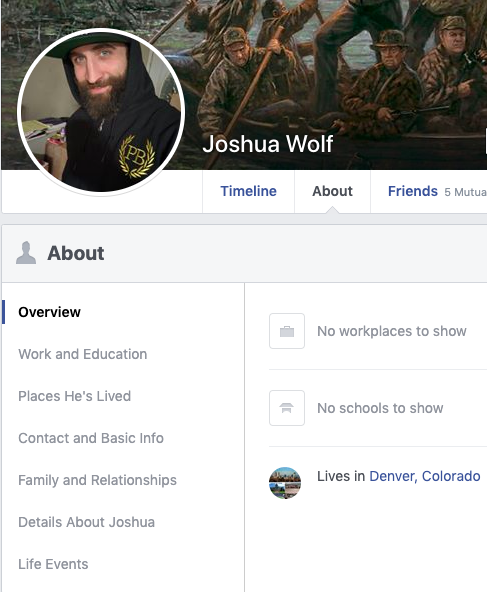 Aside from Proud Boy propaganda, Joshua posts a wide variety of far-right content ranging from homo/transphobic propaganda claiming all queer people are pedophiles to anti-vaccine propaganda. 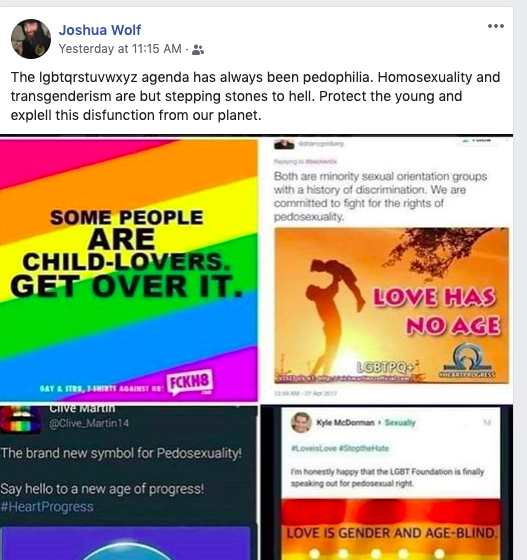 Joshua posted this hilarious Vic Berger-esque rant to his Facebook page about how he hit someone’s car then yelled at the guy for wearing a mask and “cucking out to the government.”

His more personal Facebook, “Joshua Michael Bearman” also has the same username as his Instagram, which verifies Josh’s identity through the use of his full name. 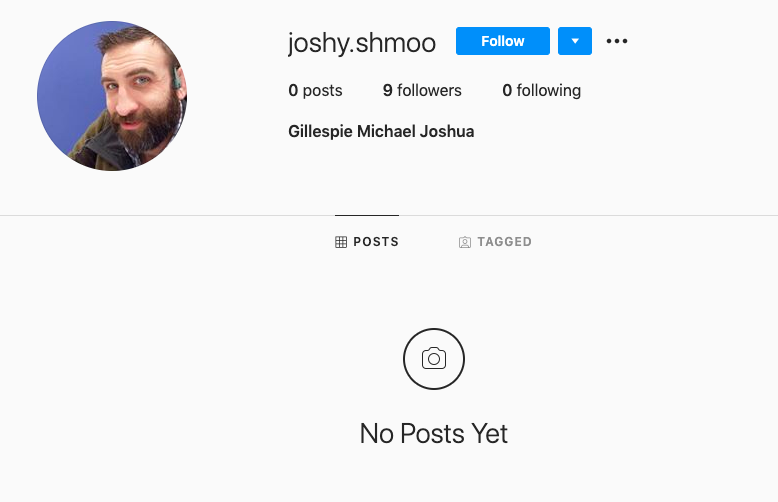 Until recently, Joshua also managed a Twitter account, where he posted Proud Boys propaganda and threatened the family of a Denver journalist who included the Colorado Proud Boys in a report on hate groups in Colorado.

Flexential does not employ Joshua Gillespie. We apologize for our previous error. 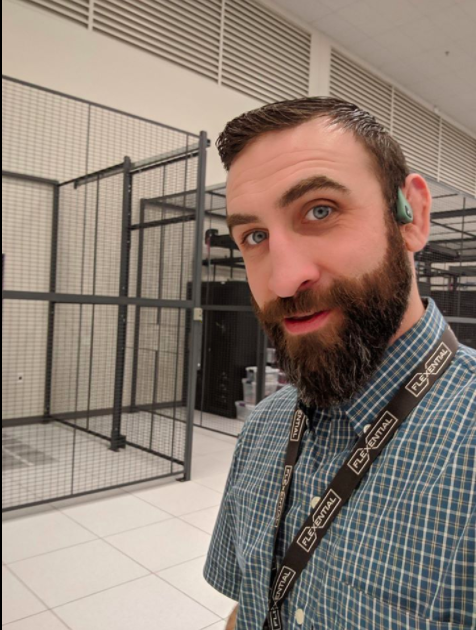 Joshua Michael Gillespie of Denver, Colorado is clearly a dedicated member of the Proud Boys. He has shown his willingness to collaborate with neo-Nazis as well as get arrested in order to benefit the group, and has also become a regular participant of far-right events. These facts should be concerning not only to his employer, but also the people who live and work in the same communities as Joshua. Therefore, we urge anyone reading this to be aware of Joshua’s far right affiliations, and to spread this information so others can be aware as well.