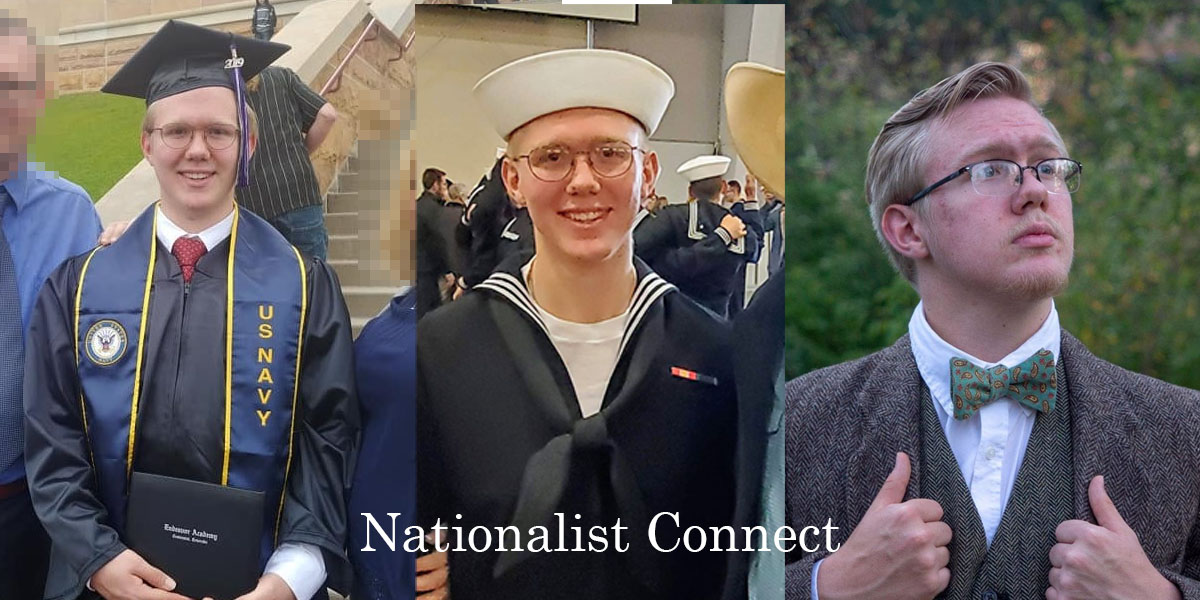 Alexander Thomas Stansbery is an 18 year old white supremacist from Colorado Springs who recently enlisted in the US Navy. Alexander was connected to other Colorado fascists, as well as our anonymous source, through a white nationalist match making service called Nationalist Connect.

Antifa In The DM’s

Alexander Stansbery came to our attention when we received a trove of leaked messages from an encrypted Threema group chat setup by white nationalist Chad Kovacs. The members of this chat had all signed up for a matchmaking service called Nationalist Connect created by white nationalist Youtuber Way Of The World, whose videos advocate for the creation of a white ethnostate by proud whites.

In this chat, Patriot Front member Samuel Cordova planned his attack on a Drag Queen Story Hour event in Denver, for which he was arrested and charged with a bias motivated crime.

Here’s Chad “No Gays in my Lyft” Kovacs introducing Alexander aka Cascadian Sailor to the the rest of group. 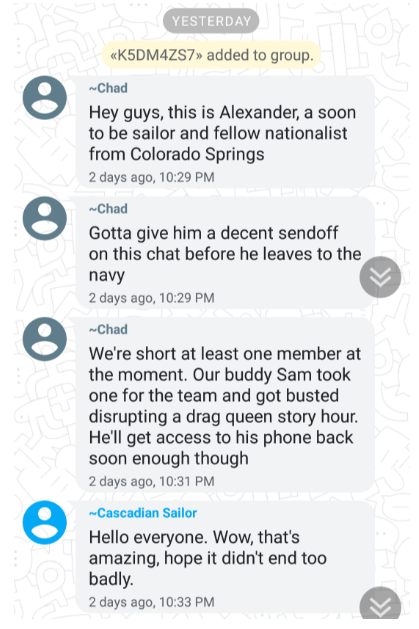 Alexander didn’t speak much in the chat, but when he did, it was definitely very racist. Here he is complaining about non-whites “infiltrating” professional sports.

Alexander used the same username ‘Cascadian Sailor’ for his Steam account, which features his full name in the byline. 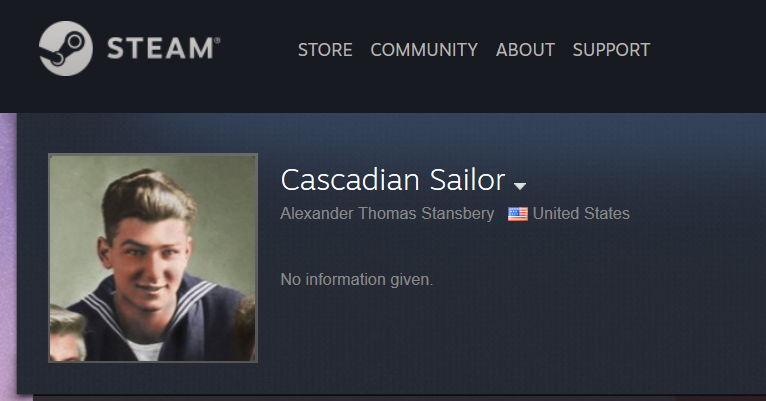 Steam allows users to change their usernames as they wish, and shows a history of their previous usernames. Alexander has previously played as ✠ Reichsführer-ᛋᛋ ✠ (Reichsführer-SS), the title designated to commanders in the Nazi SS. 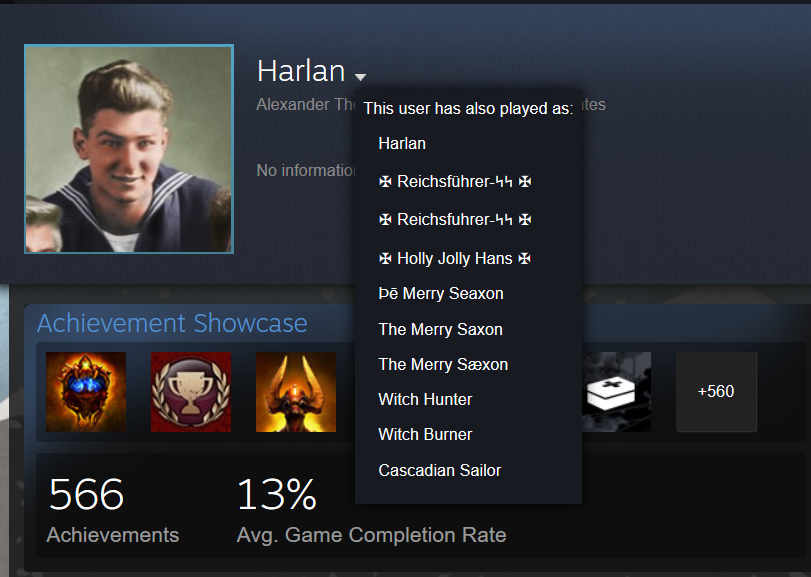 With Alexander’s Steam account identified, we were able to find his Twitter, allowing us to get a better understanding of his ideology, and further confirmation we had the right guy.

On May 23ʳᵈ, 2019, Alexander posted a censored photo of himself at his high school graduation from Endeavor Academy with his parents. The same photo can be found published on the day on Alexander’s public Facebook profile in it’s full glory. 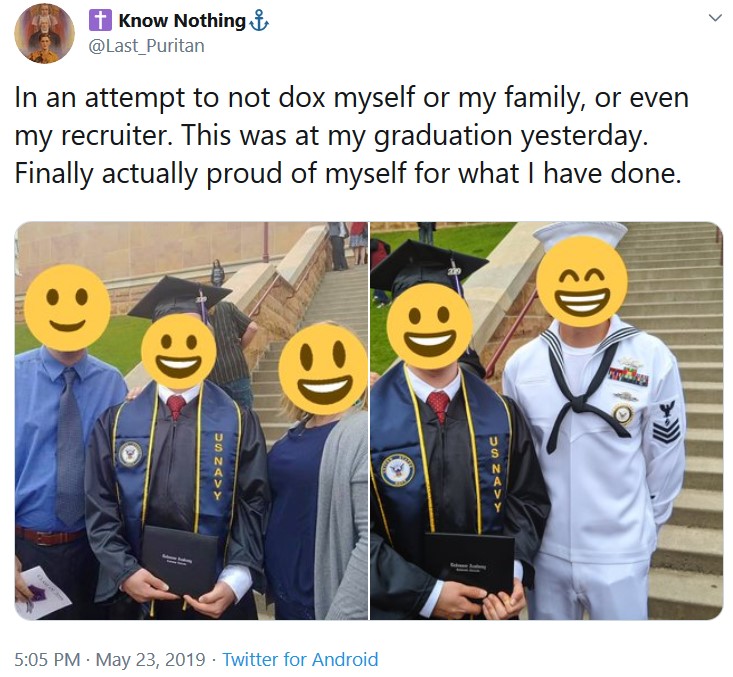 Alexander says he will be stationed on a submarine, which places him in only a handful of bases. He also Likes SubvetsGroton on Facebook which likely places him at the Groton Naval base in New London, CT. 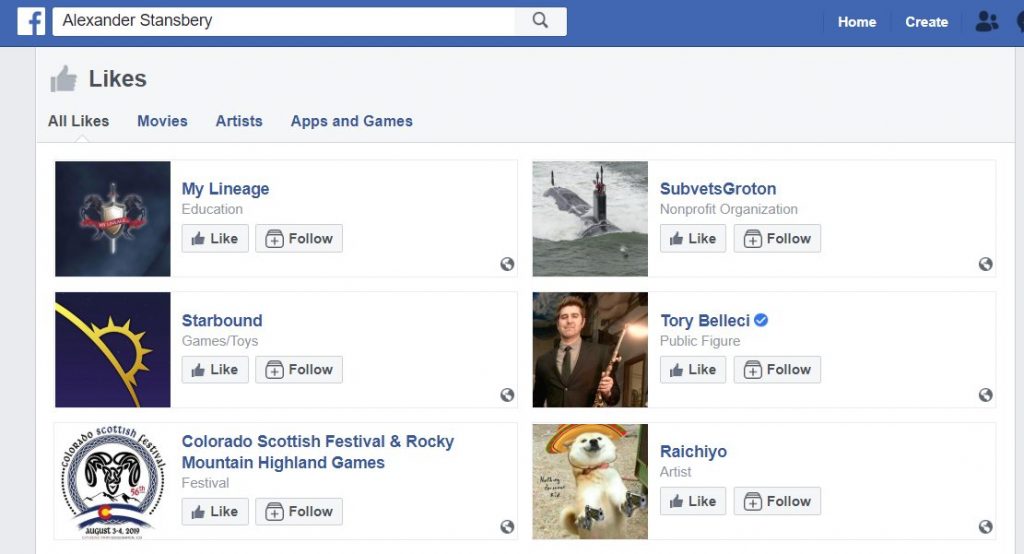 Alexander’s Twitter is full of homophobia, racism, anti-Semitism, and anti-feminism:

Alexander does not shy away from the extreme stuff either – here is a video of Adolf Hitler that he Liked: 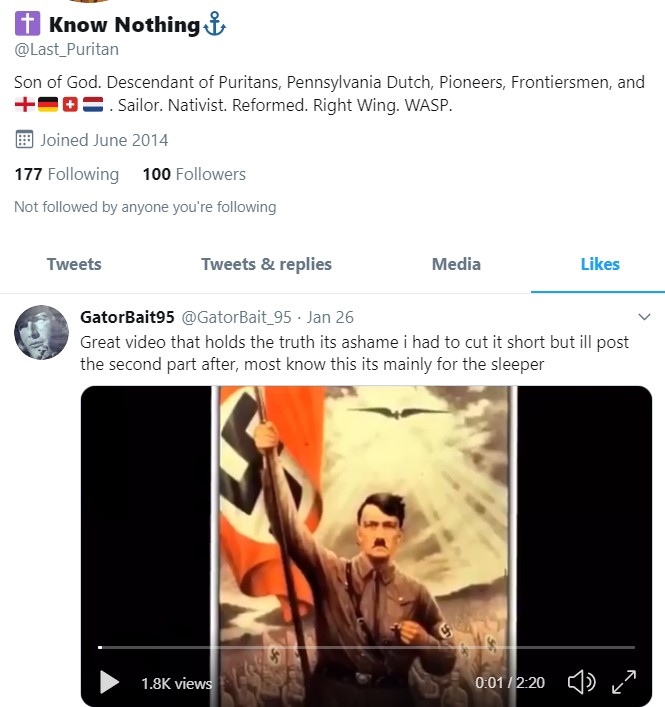 Alexander is aware that his beliefs will likely get him kicked out of the Navy but that won’t stop him from posting.

A number of Alexander’s posts give off huge incel vibes, from fretting about women being in the Navy, to wondering whether 18 is a good time to get a girlfriend. Pro-tip, not being a Nazi is very attractive.

For someone so sexually frustrated, he sure is scared of catching cooties while in the Navy.

Alexander even tried the all white dating site White Date to find a young woman to play backgammon with, but somehow had no luck.

A Gentle Sir and a Gamer

Alexander is, of course, a Gamer™. He makes Minecraft videos on YouTube and streams on Twitch as Alethostan.

And like any true gamer, Alexander denies the holocaust.

Alexander also has a Soundcloud, and a “Political YouTube” channel where he uploaded an awful edit of revolutionary war films. 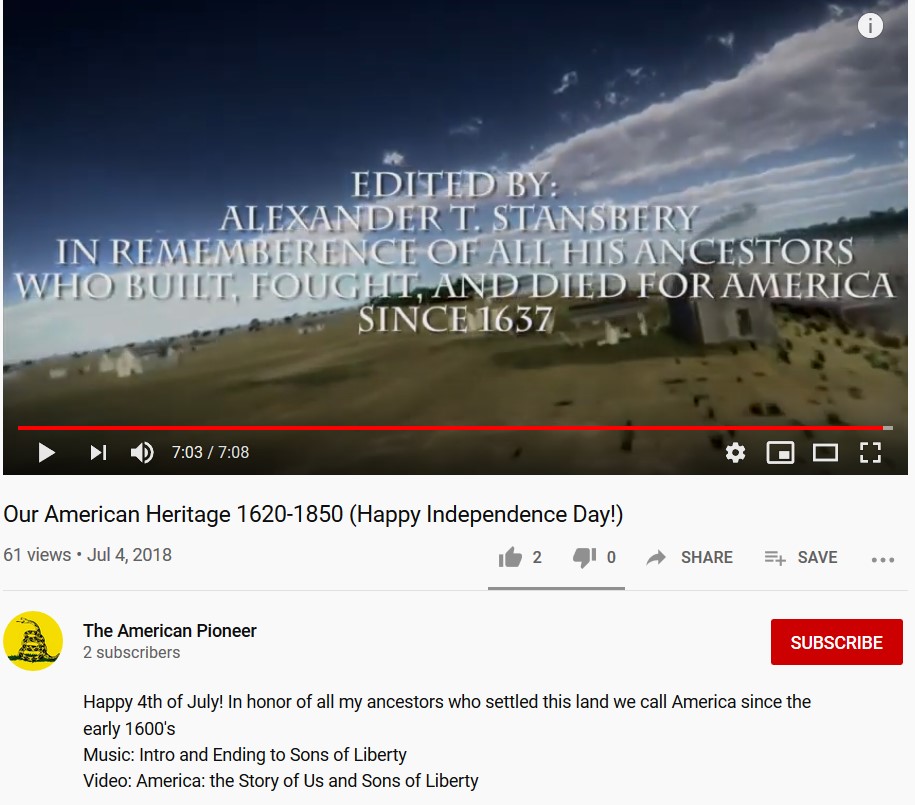 There can be no safe space for white supremacy. Not in our streets, and not in our military (so long as we have one). White supremacists gaining military training is a threat that needs to be taken extremely seriously, especially when they want to LARP as plantation owners and bring back slavery. Nazis in the military is a rampant problem and we will continue to work vigorously to weed them out.

Any additional information or tips can be sent to us at cospringsantifa@protonmail.com

In case additional proof is needed that this account is run by Alexander, he posted a family tree with the Stansbery name on it: 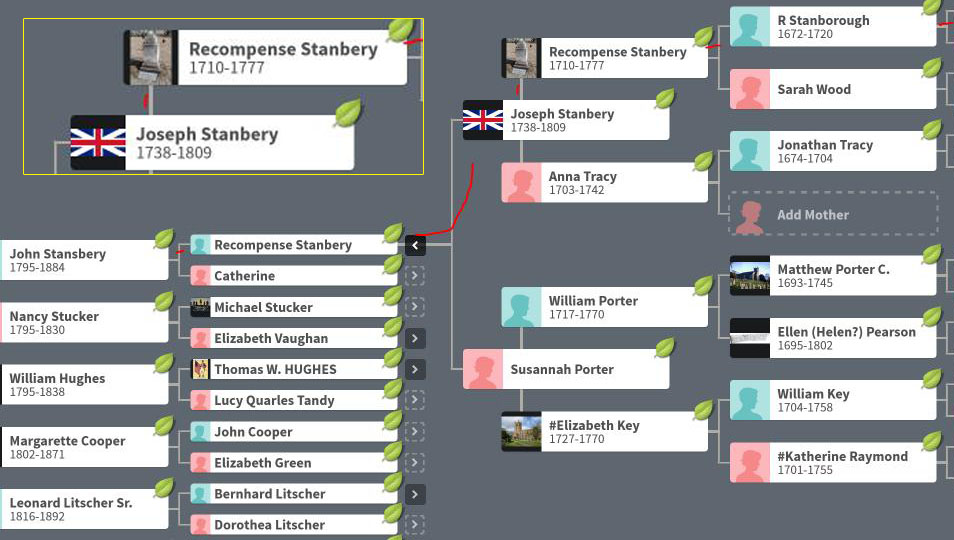 He also posts his location: