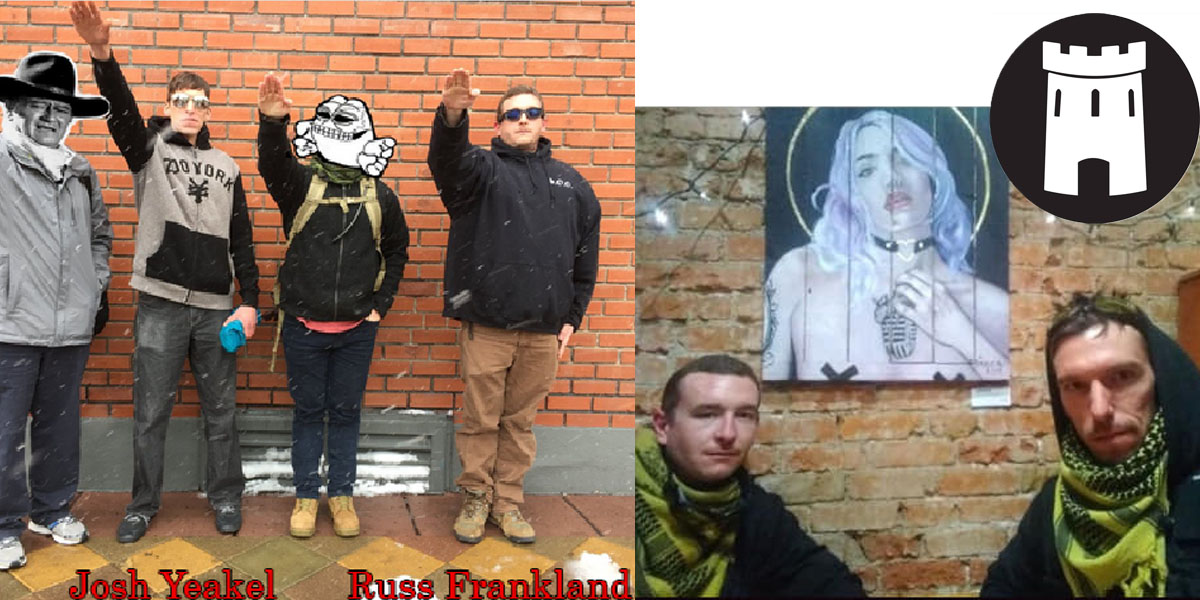 Defend Denver is a moniker Lakewood, CO neo-Nazis Joshua Yeakel and Russell Frankland use to coalition with other fascists and right-wingers.

Defend Denver is an appropriation of a left-wing formation in Denver of the same that organized against the police and fascist organizing starting around 2015.

The Nazi appropriation of Defend Denver began in 2019 as a coalition of different fascist organizations against all ages drag events. Defend Denver’s organizing was initially effective, bringing together the Proud Boys, Goyim Defense League, Anonymous Denver, and reactionary street preachers.

This coalition crashed and burned as quickly as it was built up. Josh and Russell have a tendency to retaliate against their coalition partners, which has resulted in them doxxing their former komrades (such as Samantha Humphries and members of the Colorado Proud Boys) as well as counter-protesting the presence of former Proud Boy Louie Huey.

Josh and Russell paused organizing in early 2021 after consistent pressure from anti-fascists, but have reared their ugly heads again and are trying to coalition with MAGA and libertarian types to protest LGBTQ+ events.

What To Expect From Defend Denver?

Josh and Russell aren’t very strong or physically aggressive and probably won’t try to fight you, but they will run to the cops to do their violence for them if they can. They are unafraid of showing their faces in public, and appear to even get a sense a of satisfaction from showing up alongside right-wingers who don’t want to be associated with neo-Nazis. In one instance, they goaded an anti-fascist into physically retaliating their komrade, then ran to the police and showed up to all of their court dates to intimidate them. 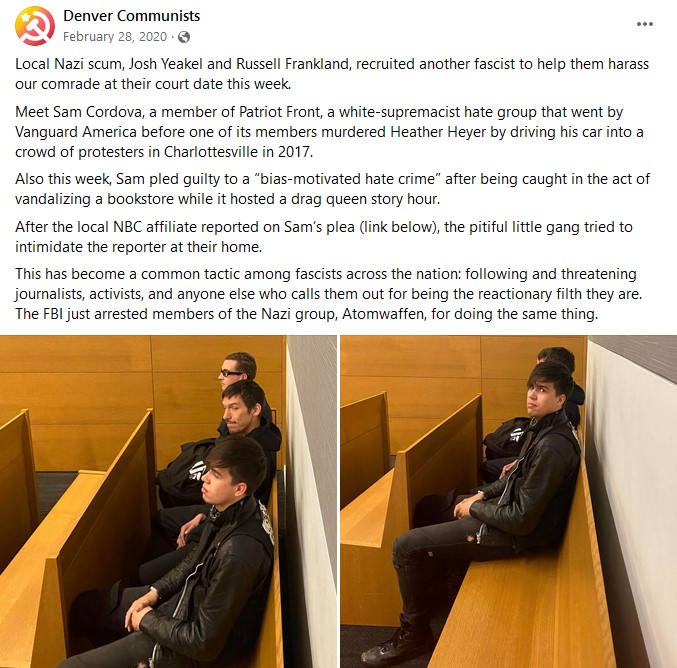 Expect to be filmed by them. They will try to dox you if they can. They are not particularly skilled researchers, but will leverage arrests to find information about anti-fascists. If you are doxxed by them, let us know and we will try our best to help.

Defend Denver, fortunately, are not very adept organizers. They have publicly called for three different demonstrations that no one showed up to that we know of. This is not to say that they are not a threat, but something to keep in the back of your mind.

They will be slimy and misogynistic to women and femmes.

They are notorious liars and will deny being white supremacists to coalition with other right-wingers. They will either outright deny their racism, or deflect by saying evidence of their racism is old and should be disregarded. Here are receipts (recent and older) that they are who we say they are: